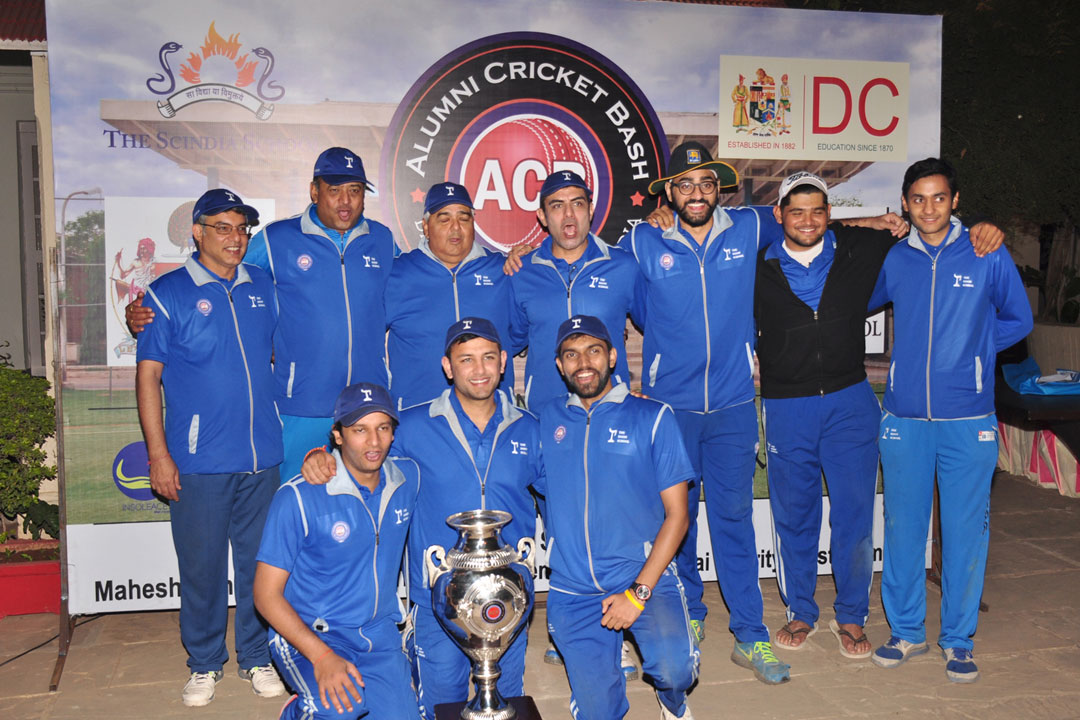 The Scindia School School hosted Alumni Cricket Bash tournament from 16th to 18th December 2016 in which alumni of Doon School, The Scindia School, Mayo College and Daly College participated.
The teams arrived on 16th December 2016 for net practice. There was a draw of lots in the presence of Principal, Dr. Madhav Deo Saraswat, Mr GS Bakshi, Mr. Naman Saraswat, Mr. Banjul Badil and all captains at Heritage Block.
On 17th December 2016 the day began with unfurling of ACB Flag at Madhav Field soon after the assembly. Junior house students welcomed the teams in front of school building. Principal, Dr. Madhav Deo Saraswat addressed the teams.
After the formal inauguration ceremony there was a band display which was led by Param Yadav. Next all the teams were introduced to Principal, Dr. Madhav Deo Saraswat. Then the much awaited match started at Madhav Field and Oval Field. 2nd set of matches began after lunch. The day ended with Principal's dinner at Heritage Block.
On 18th December, 2016 there was a group photograph at Madhav Pavilion which was followed by lunch in the school dining hall. The final match was played between Doon School and Mayo College at Madhav Field. Mayo College batted first and scored 154 runs in 20 overs, while chasing the target Doon School won the match by 5 wickets in 19.1 overs. Sherry Singh from Mayo College was declared Man of the Tournament. Arjun Khanna from Doon School was adjudged as the Best Batsman. Harsh Durgiya from Daly College emerged as Best Bowler whereas the Best Fielder was Kabir. The Donny Crawling Award for Best Fielder above 50 years was given to Pankaj Tiwari. The prize distribution ceremony took place at Principal's residence in the evening. Then all the teams departed for their respective place of stay.
The event was successfully coordinated by President, SOBA, Mr G S Bakshi, Director, Alumni Relations and Mr Naman Saraswat, Director Sports under the patronage of Principal, Dr Saraswat, SOBA in association with Sports Department. Click here to see glimpses of the tournament. Click here to see memories of the tournament.