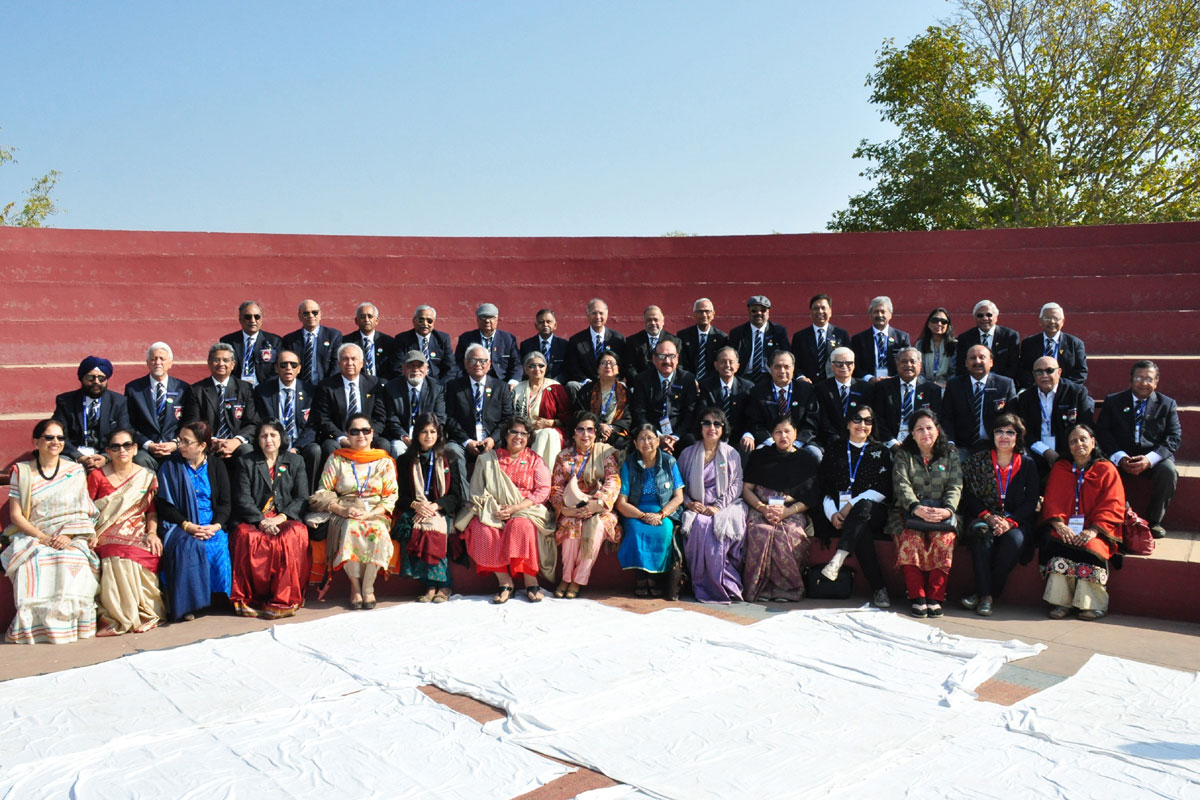 It was home coming for the batch of 1968 after 50 years, as they celebrated their Golden Jubilee Reunion on the 25th and 26th of January, 2018. The bond that the Scindians share with their School was clearly evident as even half of a century could not take away their so called ‘Scindianess’.
On arrival at the Fort in the afternoon, the old boys accompanied with their spouses received a grand welcome at the Assembly Hall, where the complete Scindia family had gathered. The Principal, Dr. Madhav Deo Saraswat in his welcome address mentioned that the School has stood tall because of the accomplishments of the old boys who have excelled in various spheres of life. ‘Abhinandan’ the welcome song by the Choir set the tone right.
The next 48 hours were full of activities which helped the old boys delve into nostalgia; it was a joyful experience to see the child in them still alive. They soaked themselves in the moment and made the most of it. Whether it was Astachal or marching with the parade for Republic Day celebrations, the old boys participated in anything and everything in letter and spirit. It was also a lot of wisdom sharing too, as one could see quite a few informal conversations between the past and the present.
Just like all good things the Golden Jubilee Reunion also came to an end with a special breakfast at the sprawling lawns of the Principal’s bungalow on the 26th of January. After which the old boys visited their dormitories to refresh their memories of the best time of their life, which was spent at the Fort. It was time for them to say a goodbye but with a promise of returning back.