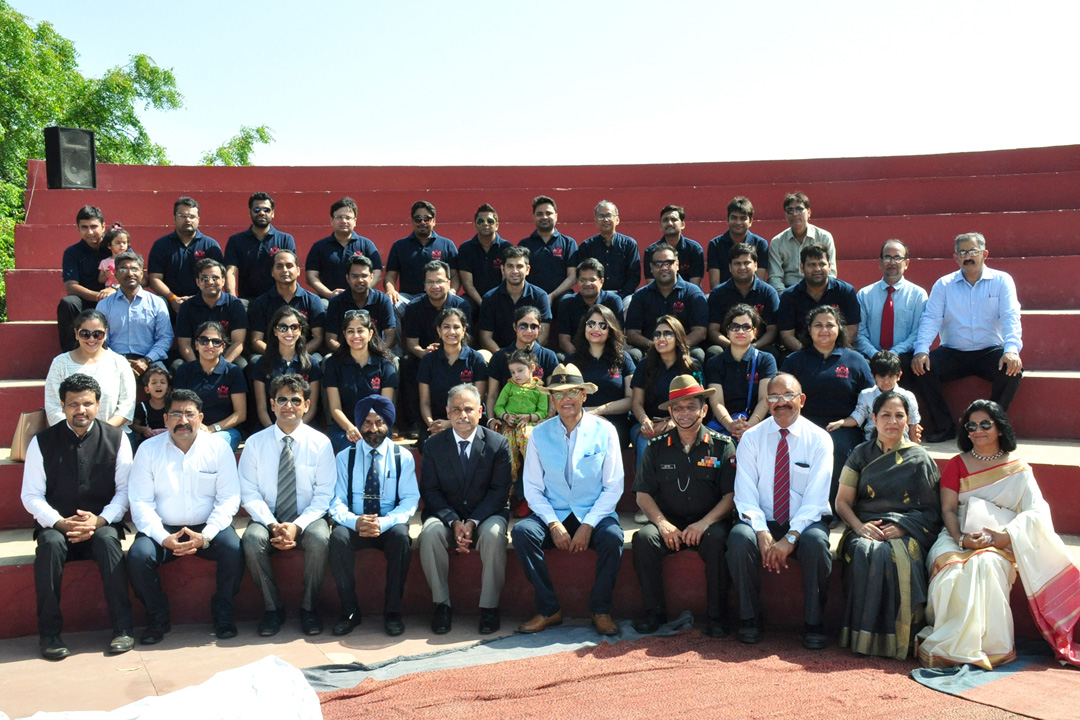 Nostalgia engulfed the batch of 2002 as they came back to their roots for a re-union. The boys involved themselves in an array of activities during their stay to relive the moments they fondly remember. On the day of their arrival an exciting Football match was organized between the Old Boys and present boys. The spirit with which the old boys participated in the event was commendable. In the evening, their presence at Astachal was encouraging for the boys. Pavan Jaini took this opportunity to extend a warm welcome to the Old Boys and their families.
It was a treat to the eye to watch the old boys lead the marching squad of the parade on 15thAugust 2017. It spoke volumes of the pride they take in being a Scindian. They proved the saying “Once a Scindian, always a Scindian” yet again. The old boys were seen visiting their houses and there was an immense sense of camaraderie between them and the existing boys. They indulged in an informal interaction with the Principal at his residence over breakfast where they were also felicitated, after which the old boys left with fond memories but to return. Indeed, it was a memorable day for them.