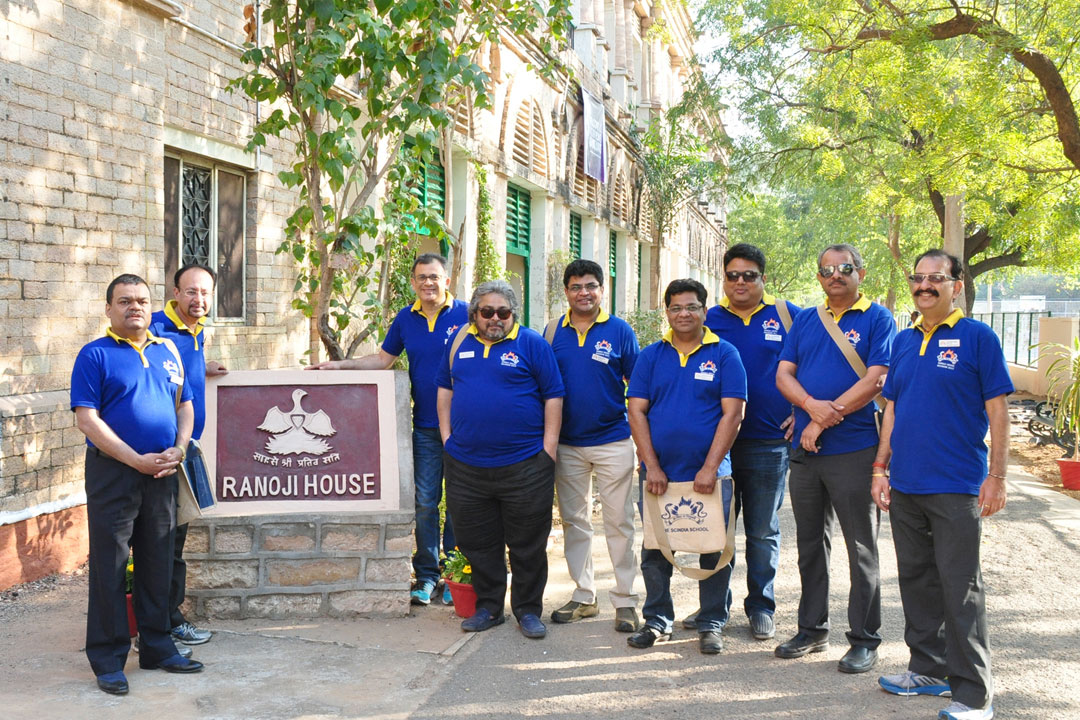 10th and 11th February 2017 will always be etched in the memory of all Ranojians as some old boys of Ranoji House visited the school for Ranoji House Reunion. On 10th February 2017 they were warmly received in front of the school Assembly Hall by Principal, Dr Madhav Deo Saraswat, Director of Alumni Relation, Mr G S Bakshi, Bursar, Col S Kaushal and Mr Akash Sharma, House Master Ranoji House.
The warmth exuberated in firm and warm handshakes and loving embrace. After relishing Nihari after ages in the school campus they proceeded for Astachal and relived the good old days. The day ended with witnessing Light and Sound Show at Man Singh Fort. On 11th February 2017 they moved to school from their respective place of stay and assembled in front of the Shivaji House and took a round of the newly renovated house. They were in awe of the state of art décor.
The Ranojians visited various hobbies sections and took a round of the school. Their meeting with Principal, Dr Madhav Deo Saraswat and Director of Alumni relation, Mr G S Bakshi in the Assembly Hall was quite meaningful and they were briefed about the latest development in school. An exciting cricket match between present boys and Ranojians was followed by a group photograph at Madhav Pavilion.
After a sumptuous lunch they rested for a while. The much awaited visit of Ranoji House common room and interaction with the Ranoji house boys was the highlight of the day. They were engrossed in discussions as they interacted with Ranoji House boys during Nihari. Then they moved to Assembly Hall for the cultural evening which was put up by Jayappa House. The day ended on a very joyful note with a promise to meet again.