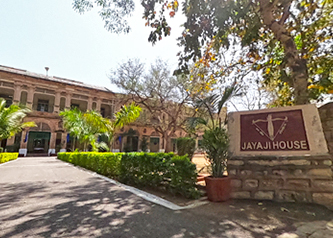 The Motto of the House is "Sampadam Daivim Abhijato Asi", which means we all are born with divine wealth. Who was Jayaji ? After a long period of turmoil, His Highness Maharaja Jayajirao Scindia provided stability to the State of Gwalior. Jayajirao Scindia started modernizing the State of Gwalior from the young age of 19. He established a new revenue collection system and set up a judicial system with courts and judges. In 1872, Jayajirao Scindia loaned Rs 75 lakhs for the construction of the Agra-Gwalior portion of the Great Indian Peninsular Railway, and constructed many new buildings, reconstructed the Koteshwar Mandir, and donated Rs 15 lakhs for the reconstruction of Gwalior Fort’s boundary wall and the broken parts of Man Mandir, Gujari Mahal and Johar Kund. About the Housemaster Mr Sumit Chakrabarty, from the faculty of Commerce is the House Master of Jayaji House. His democratic style of functioning and his constant motivation and counselling of students helped bring about a culture of excellence in the house and school. A person gifted with an analytical bent of mind and a multi-dimensional vision, he displays a deep insight into all problems and possesses the ability to bring innovative and original solutions to them. With a firm belief in introspection as a touchstone he aspires to untiringly satiate his hunger for knowledge.
HOUSE MASTER & STAFF 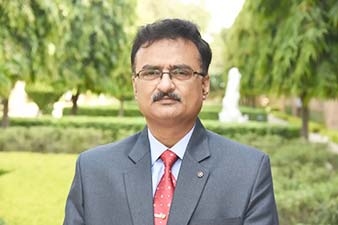 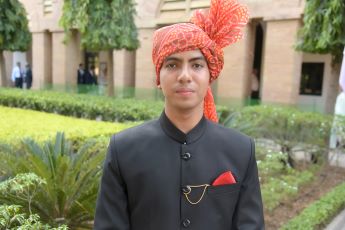 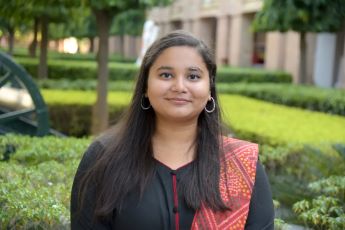 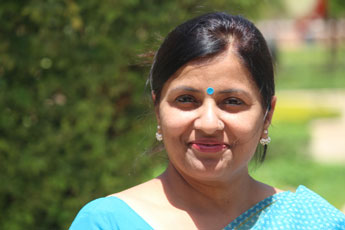