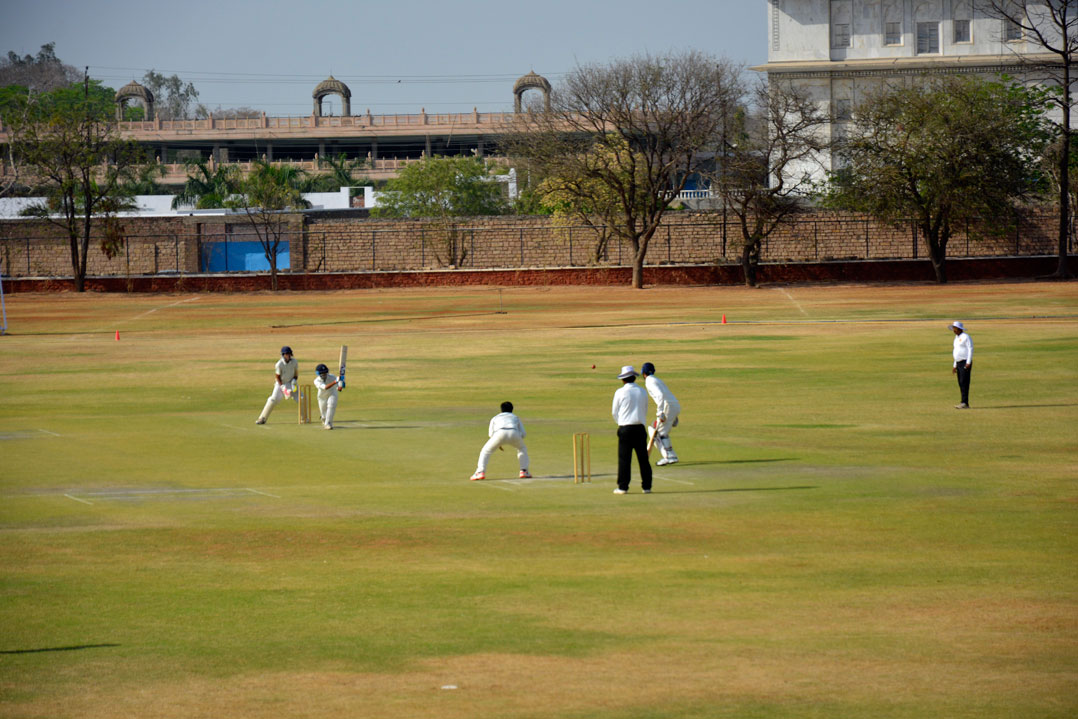 On the 2nd Day of H.H. Cricket Tournament 4 teams played the matches. The first match was played between The Doon School and YPS, Mohali. The Doon School won the toss and chose to bat first. They managed to set a target of 142 runs in 25 overs. YPS, Mohali scored 143 runs and they won by 6 wickets.
The second match was played on Madhav Cricket Field between The Scindia School and MNSS Rai. The Scindia School won the toss and chose to bat first. They were all out in 21 overs and scored 89 runs. MNSS Rai managed to score 90 runs in 21 overs and won by 4 wickets.
The host school tried quite hard to increase the score but somehow luck did not favour them. If a carefully crafted strategy had been worked into the plan they could have increased the score. A few more runs or a better run rate could have made a crucial difference in the end. The loud cheer by their fellow Scindians did not dampen their spirit rather it boosted their morale. However they did play to the best of their ability.