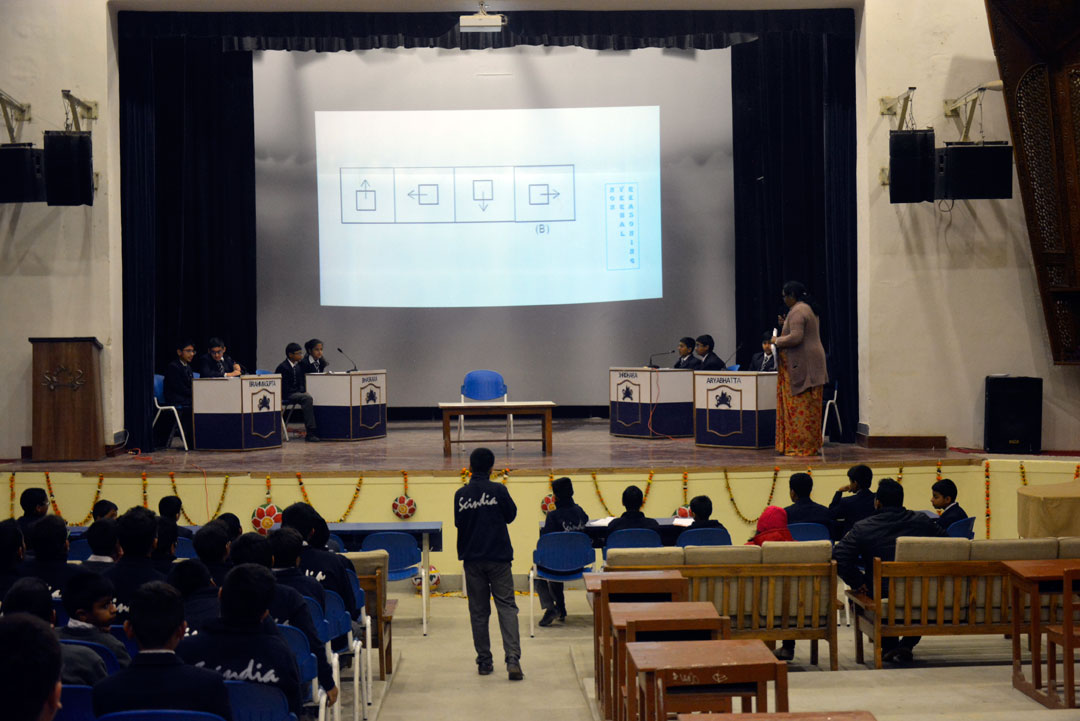 Maths Department conducted the Inter house Ramanujan Math Olympiad for the junior houses on 17th January 2016. The event was organized at three levels.
Level-1 .In the morning session an online Math Quiz was conducted for the students of classes VI and VII. The online test had 30 multiple choice questions. On the basis of the scores of this round top 8 students from each house were selected for level-2 which was conducted in the afternoon session.
Level-2 A puzzle round was organized as part of Level -2. 15 mind boggling puzzles were given to each set of students. They were given 1 hour to solve the puzzles. After this group activity top five students were selected for the final round in the evening session.
Level-3 there was a quiz round in the evening session. Five students were divided into two groups, Two students were on stage and three were off stage. The main feature of the round was the LIFE-LINE scheme, wherein each team was free to take 3 life lines. The life line comprised of the members of their own team who were not contesting on stage.
For the quiz round teams were named after four famous Indian Mathematicians.
Team-1: ARYABHATTA
Team-2 SHRIDHARA
Team-3 BHASKARA
Team-4 BRAHMGUPTA
The Final Quiz had 7 rounds. The quiz round was won by team Brahmgupta (JANKOJI HOUSE) The final score was calculated on the basis of the combined scores of all the three levels.