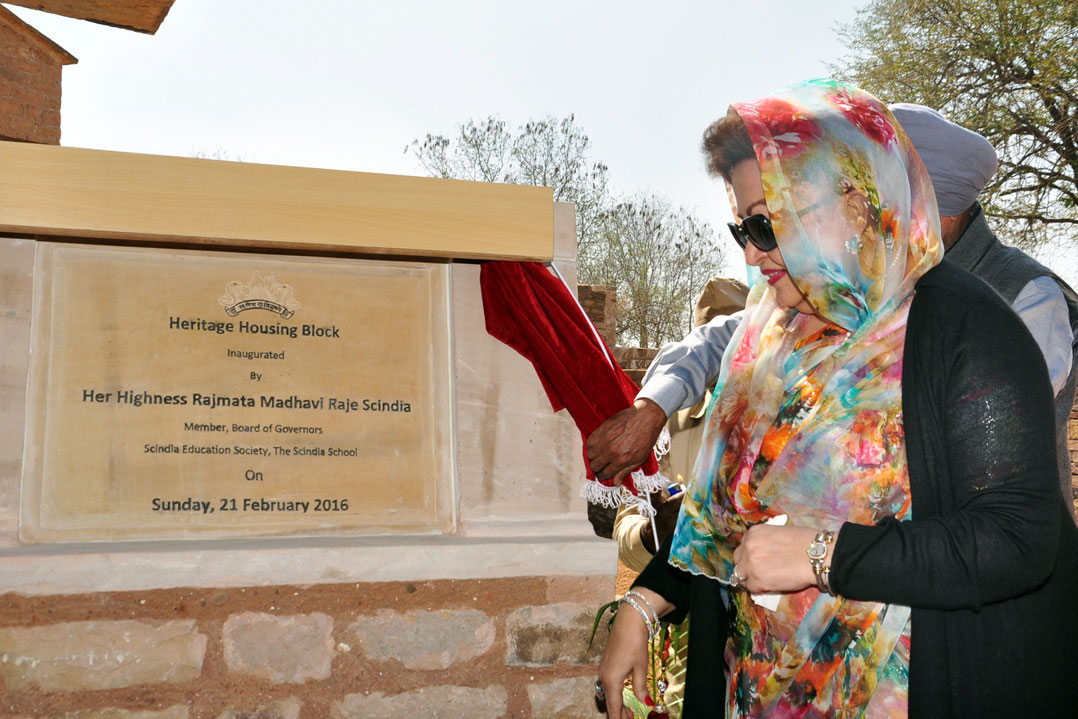 On 21st February 2016, Her Highness Rajmata Madhavi Raje Scindia visited the Fort to inaugurate the recently restored and renovated, erstwhile Junior School Academic Block, which has now been converted into a 'Heritage Housing Block'. On her arrival, Principal, Dr Madhav Deo Saraswat introduced her to the entire staff and then to the members of the Golden Jubilee Batch of 1966. She lit a lamp on arrival to mark the auspicious function, and proceeded to personally see the residential quarters. She was much pleased by the work, and appreciated the functionally and aesthetically well-appointed quarters. The Old Boys, their wives and the staff too had profuse words of appreciation for the same. This was followed by a high tea in the same compound where staff members, Old Boys and their wives mingled with each other and exchanged notes. After tea, Her Highness Rajmata Madhavi Raje Scindia was escorted by the Principal, Dr M.D. Saraswat for a round of the school to see the recent infrastructural developments that have taken place in the School.