Board of Governors Meeting 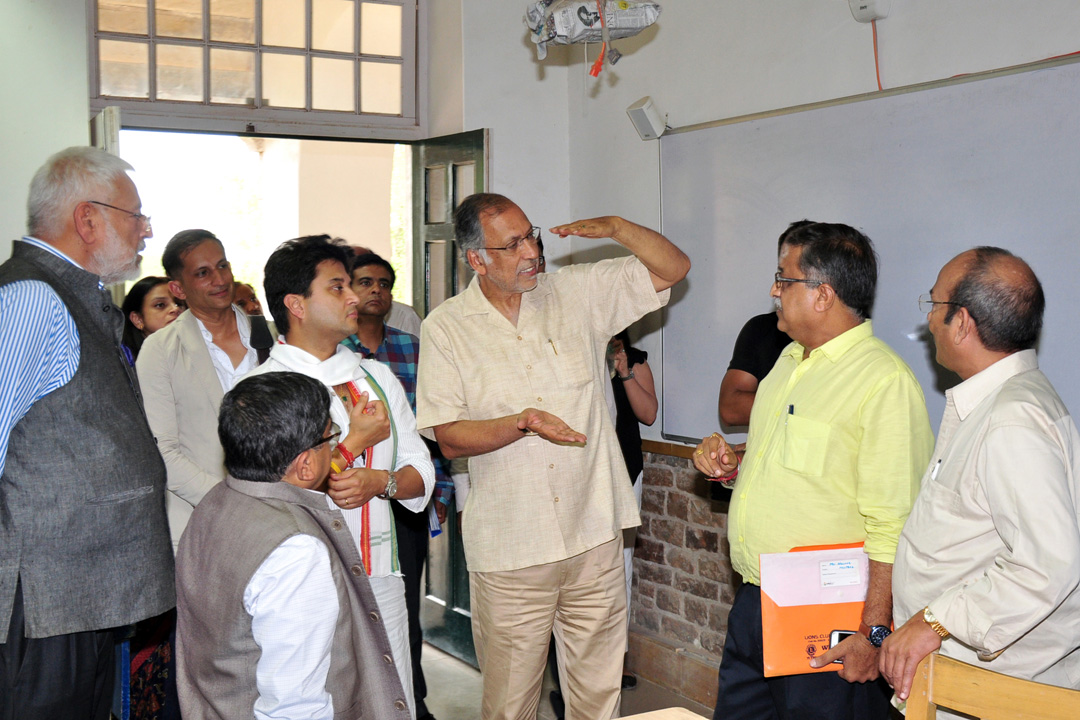 Committed to excellence in education, President, Board of Governors, His Highness Maharaja Jyotiraditya M. Scindia visited The Scindia School on 9th July 2017. The Board of Governors were received by Principal, Dr Madhav Deo Saraswat along with Bursar, Wg Cdr Saxena on their arrival at the Fort.
The meeting was phased out in two segments and was chaired by His Highness Maharaja Jyotiraditya M. Scindia. The Board Members who attended the meeting were Mr. Rajendra S. Pawar, Mr. Mahesh Gandhi, Mr. Arun Kapur, Mr. Jyoti Sagar, Mrs. Darshana Jaini, Mr. Amar Jyoti Bindal, Mr. Harish Bhojwani, Mr. Rahul Kulshreshtha, Mr. Ravinder Saund and Dr. Madhav Deo Saraswat.
The Annual General Meeting of the Governing Body of Scindia Education Society started at 11:00 a.m. and concluded at 11:30 a.m. The second session began at 11:30 a.m. and concluded by 3:30 p.m. The highlight of the meeting was the School Development Plan, wherein decisions pertaining to the development of infrastructure and recruitments were taken. After the meeting the Board of Governors went on a round of the School and reviewed the recent changes that have been brought in the infrastructure of the School.
Having spent a fruitful day in school, His Highness Maharaja Jyotiraditya M. Scindia was given a warm send off by Principal, Dr Madhav Deo Saraswat.