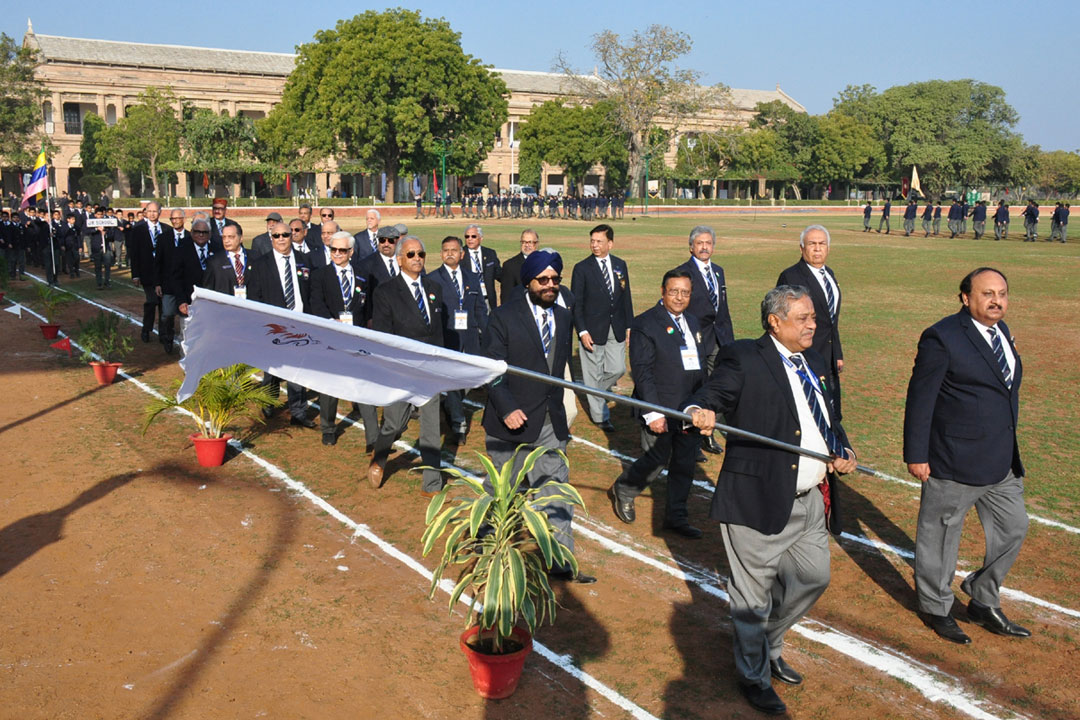 The 69th Republic Day of our great nation was celebrated at the Fort with gusto. On arrival the Chief Guest, Mr. Gagan Khosla, an eminent old boy of the batch of 1974, unfurled the tricolour and inspected the parade. After which the smartly turned out marching contingent, marched to the tunes of Kadam kadam badaye ja, the contingent was led by the batch of 1968.
The Principal Dr. Madhav Deo Saraswat congratulated the young Scindians for the flawless marching and mentioned that moments like this fill his heart with pride. In his address to the School he stated that an occasion like the Republic Day should not be limited to a day’s celebration. In his thought provoking discourse he urged the community to take charge of themselves as individuals, which is when we as individuals will grow thereby contributing towards the growth of the nation.
The Chief Guest, Mr. Khosla expressed his gratitude for being invited to his alma mater and mentioned that the institute laid a strong foundation for him. He drew the attention of the gathering towards the countries internal threats like social issues and disparities which can be handled through good leadership. He strongly recommended the student fraternity of the School to make the most of the experiences provided to them at School, as they are the future leaders of growing India. After the Chief Guests’ address everybody moved for ‘Astachal’ where floral tributes were paid to the Father of the Nation. The song Jab tak antim boond rakh ke, which was mellifluously sung by the boys, immersed one and all in the spirit of patriotism.
The Principal Dr. Madhav Deo Saraswat felicitated Mr. Khosla with a memento for the cycling expedition undertaken by him, as a tribute to the Scindia School. In his expedition from Leh to Kanyakumari he covered a distance of almost 4000 kilometres. While addressing the gathering at ‘Astachal’ the Chief Guest expressed his admiration on how the School has preserved its heritage over the years. It was time now for the batch of 1968 to hand over the baton of the Golden Jubilee Reunion to the representatives of the batch of 1969. The silence observed thereafter was an opportunity to speak with oneself and contemplate the true meaning of ‘Freedom’ and ‘Independence’.