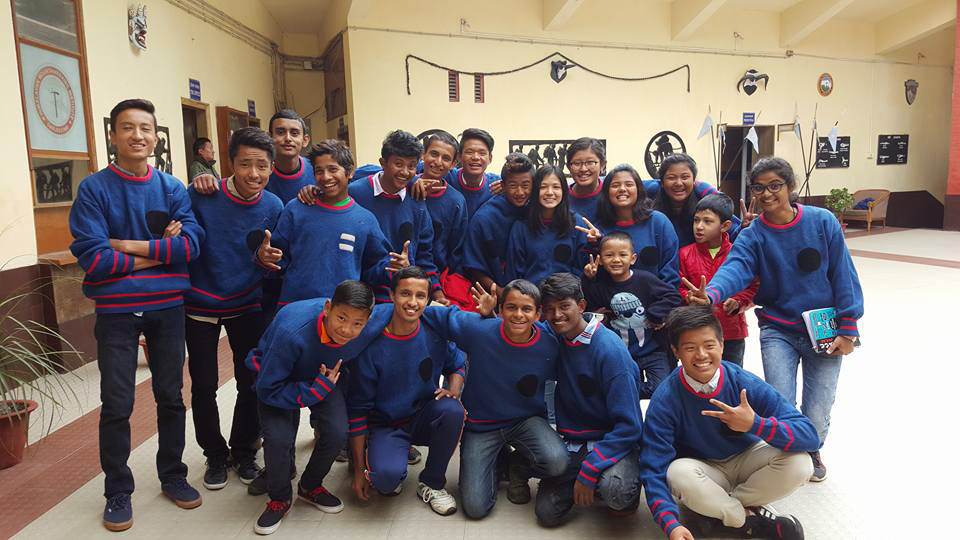 During the summer vacations 21 students from various parts of India took part in a 15 day Adventure Course in Himalayan Mountaineering Institute, Darjeeling. Amongst them 10 were Scindians.
They were divided into 3 patrols or groups of 7 members each and had an instructor in each patrol. Ladup and Mahindra were selected as group leaders. Their daily schedule was as tough and busy as an everyday Scindia School routine. They were introduced to various trekking equipments. At first they were taught to tie knots on ropes. Then they learned to climb on artificial rock and gradually learnt natural rock climbing at Tenzing Rock.
During evening hours they saw inspirational movies like Mount Everest etc. the boys went for a gruelling 22 km walk to Tiger Hill wherein each individual had to carry a rucksack of 12 kgs.
On 29th May 2016, the boys celebrated ‘Everest Day’ to commemorate Sir Tenzing Sherpa’s historic feat of being the first person to summit Mount Everest. Their trek lasted seven days. They trekked till Sandakphu, which is the highest point of West Bengal at a height of 3,636 mts. They stayed for two days in Singla and did kayaking, rappelling, suspension traverse etc. Mahindra stood first, Zigmee came second and Avishkar came third.
Chleopus and Sonam Wangchuk stood second and third respectively in the artificial rock climbing competition. Finally on 8th June 2016 they had their ‘Graduation Ceremony’ where medals, certificates and badges were awarded to the winners and their adventure course came to an end.
During the course they discovered their true potential. The boys learned the true meaning of adventure which is adjustment and endurance. All the boys are hopeful that they will live up to the motto of Himalayan Mountaineering Institute, which says- “May You Climb From Peak To Peak”. The entire team expressed their gratitude to The Principal, Dr Madhav Deo Saraswat and the entire management for giving them such an opportunity.