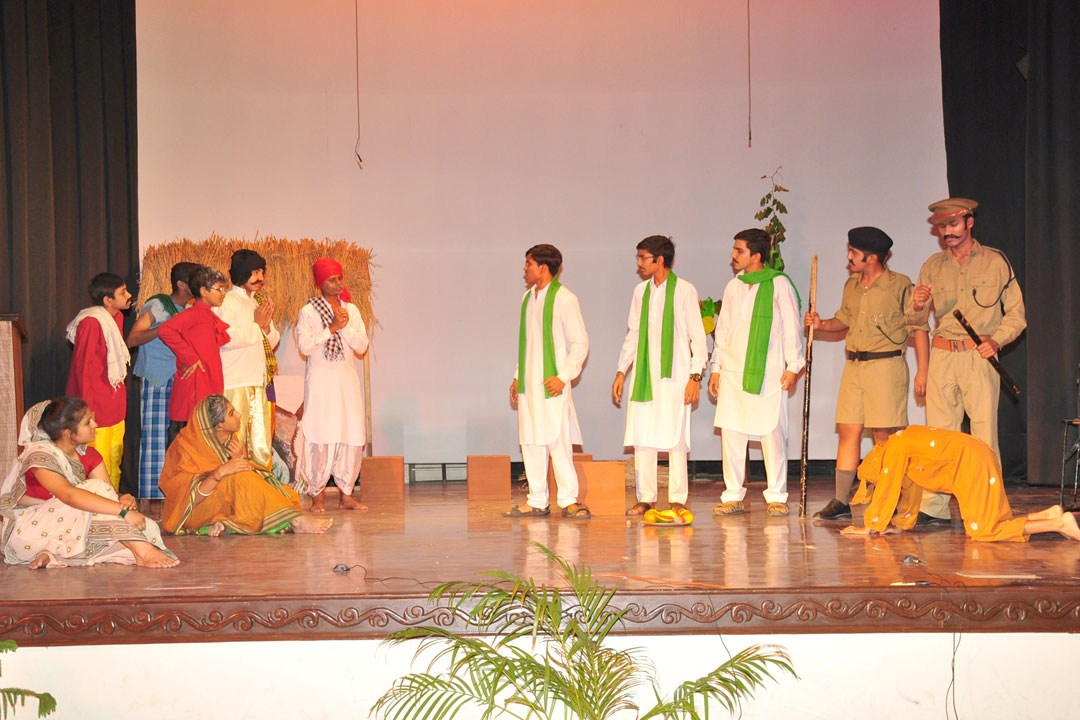 Annual Hindi play entitled `Bakri’ written by Sarveshwar Dayal Saxena was staged in the Assembly Hall on 20th April 2017. It is a timeless political satire. The story revolves around Chatur Chandal Quarti who want to be rich and famous.They steal a poor woman's goat, and fool the villagers by saying that the goat belonged to Mahatma Gandhi. They also said that it possessed magical powers. A responsible young man tries to educate them that the goat is being used as a religious and political weapon and they are being cheated. The young man is accused of fighting a war against a goat mother who is now a Goddess. The play revolved around a contemporary situation wherein the farmers are exploited by cunning and manipulative politicians. It was successfully directed by Dr Pawan Sharma under the guidance of Mr Manoj Mishra. Sunil Kumar’s acting and direction was highly appreciated.
Sunil Kumar as Nat, Aadya Mishra as Nati, Shashank Shekhar Shukla as Durjan Singh, Yash Agrawal as Karmveer, Yash Gupta as Satyaveer, Pratham Agrawal as Yuvak, Aditi Joshi as Vipti and Mohit Asrani along with Mohit Umaraiya as Mukhiya did full justice to their respective roles. At the end Mr Manoj Mishra said that the public applause is decisive of the success of the play. He narrated the history behind the creation of the play. Their commendable performance was appreciated by the entire Scindian fraternity. Each and every character justified his role. Click here to see few see few glimpses of the play.