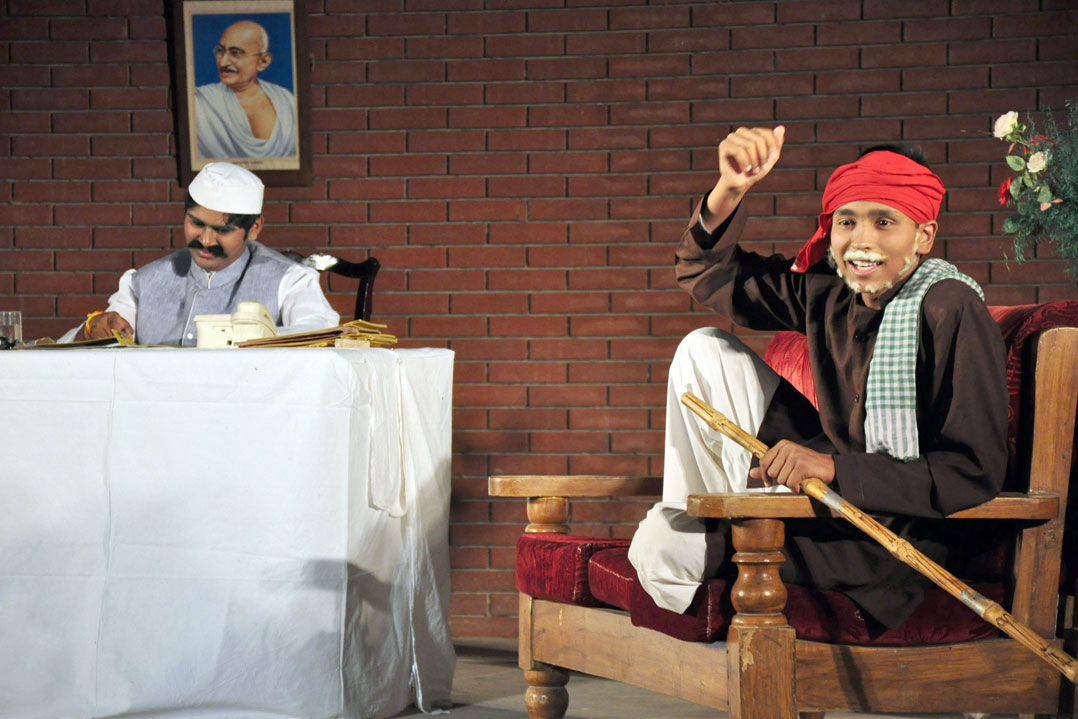 Annual Hindi play entitled `Mukhya Mantri’ was staged on 17th April 2016. It was efficiently directed by Mr Manoj Mishra and co-directed by Dr Pawan Sharma. It is originally a Marathi play and the playwright is V V Shivadkar, Gyanpeeth awardee. Former Principal, Mr N K Tewari, Principal, Dr Madhav Deo Saraswat and Bursar, Col Sanjiv Kaushal graced the occasion along with the staff members and students.
The play was a political satire on Gandhiji’s ideology and how the protagonist faced political upheaval and personal turmoil as he went about following the Gandhian way of life. The play depicted a satire on contemporary society and hollow political ideologies by way of questioning their authenticity. It was not just a fictitious story but a strong representation of the existing political situation. The story was not to retaliate against the present situation but to reinstate some social values.
Sarthak Agarwal enacted the role of Mukhya Mantra with aplomb. Ayush Jain did full justice to his character as Vidhan Sabha Adhyaksh. Swarnim Rastogi was an epitome of true Gandhian spirit as he performed the role of Gandhiji. Katyaini Saraswat as Vijaya and Lakshit Sachdeva as Nagnath were very convincing. The entire cast did full justice to their respective roles. It was appreciated by the audience. At the end Mr Abhinav Goel, the co-director of the Annual English Play congratulated the actors for their contribution in successfully staging the play. Click here to see event photographs.