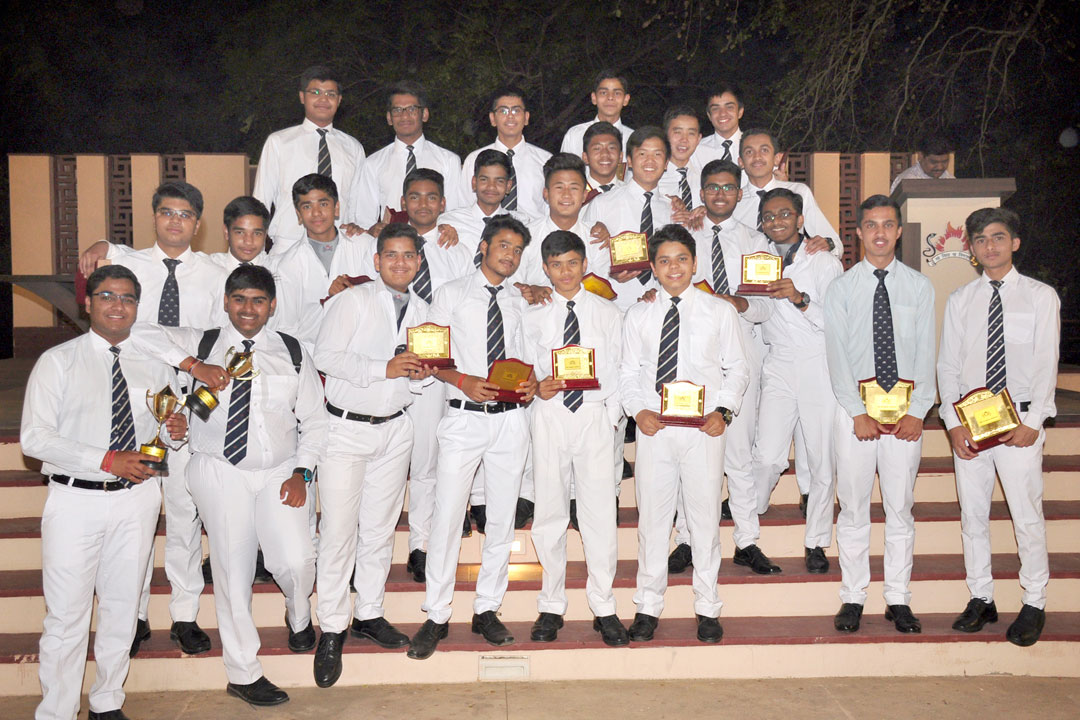 The Annual House Report Ceremony of the Senior Houses was held on 29th March 2017 at the SMOAT. The ceremony which is traditionally held at the end of the term marks the sharing of the accomplishments of each house with the entire school community. Prizes were awarded to outstanding scholars and sportsmen. All the House Masters congratulated the achievers and encouraged the boys of their respective houses to strive hard for excellence in all spheres. The SMOAT reverberated with the joyous applause as the reports of Jayaji, Ranoji, Jayappa, Daulat, Mahadji, Jeevaji, Shivaji and Madhav House were read out by a house representative.
The occasion was marked with awe and reverence as it inspired many Scindians to get the coveted awards. Every Scindian aspires to come up to the expectations of the House Master and be considered worth enough for the awards. It was also noted that the efforts of each and every one who is associated with the house was noticed in contributing to the overall success of a house. The evening ended on a very optimistic note as each student promised to work hard next year.