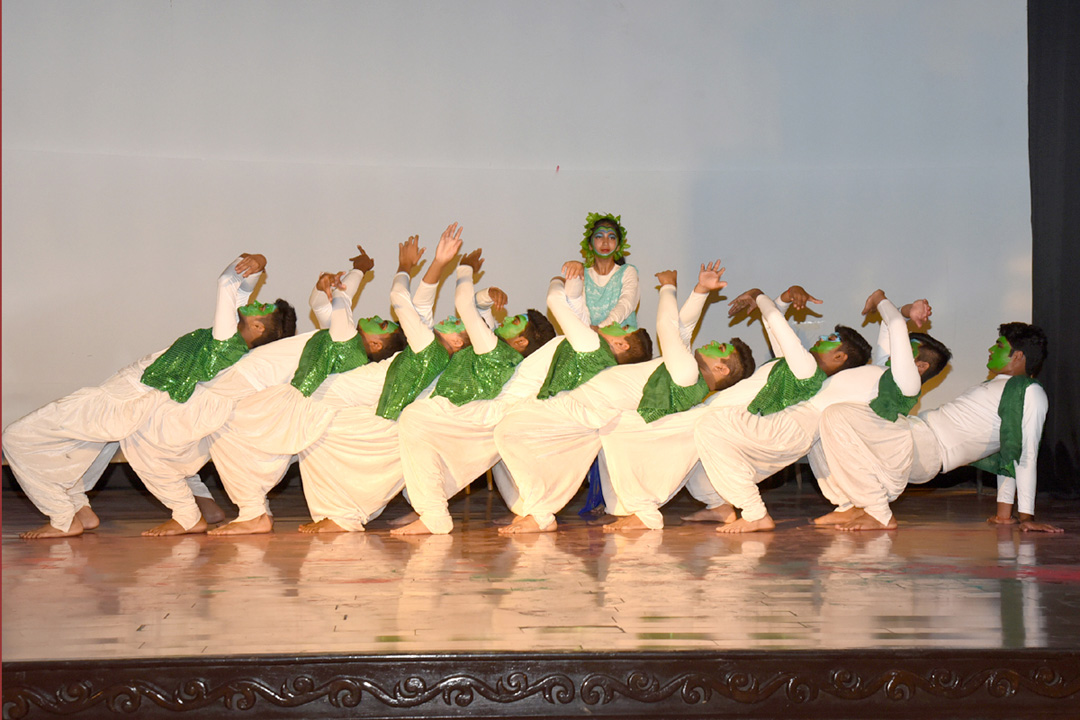 The Choreography Society of the school, Chorean Souls, organised the first Inter House Choreography Competition for the senior houses on the 31st of August, 2019.
The audience was thrilled by the spectacular performances delivered by every house. Each house presented their choreography based on themes assigned to them. The themes were Mythology, Nature, Save the Planet, Diversity, Genesis, Gothic, Illusion, and War & Peace; the dance styles ranging from Indian and western contemporary to modern and freestyle. All performances were designed by the students of respective houses. It was an exceptional showcase of dancing skills by the Scindian boys.
Vice Principal, Ms. Smita Chaturvedi, upon addressing the gathering, expressed her joy in witnessing such a colourful evening. She was very proud to be a part of the evening and congratulated the boys for putting up such a breathtaking show, and sending significant messages to the world with their choreography.
Dean of Co-curricular Activities, Mr. Dhirendra Sharma, who was in the judges' panel, expressed his contentment on watching such fulfilling performances one after another. Ms. Sangeeta Jain and Ms. Raksha Seeriah, were also on board. They were immensely happy to watch the energy of the boys on stage and confessed that judging this event was the most challenging task. The event was followed by special dinner and DJ for the boys.