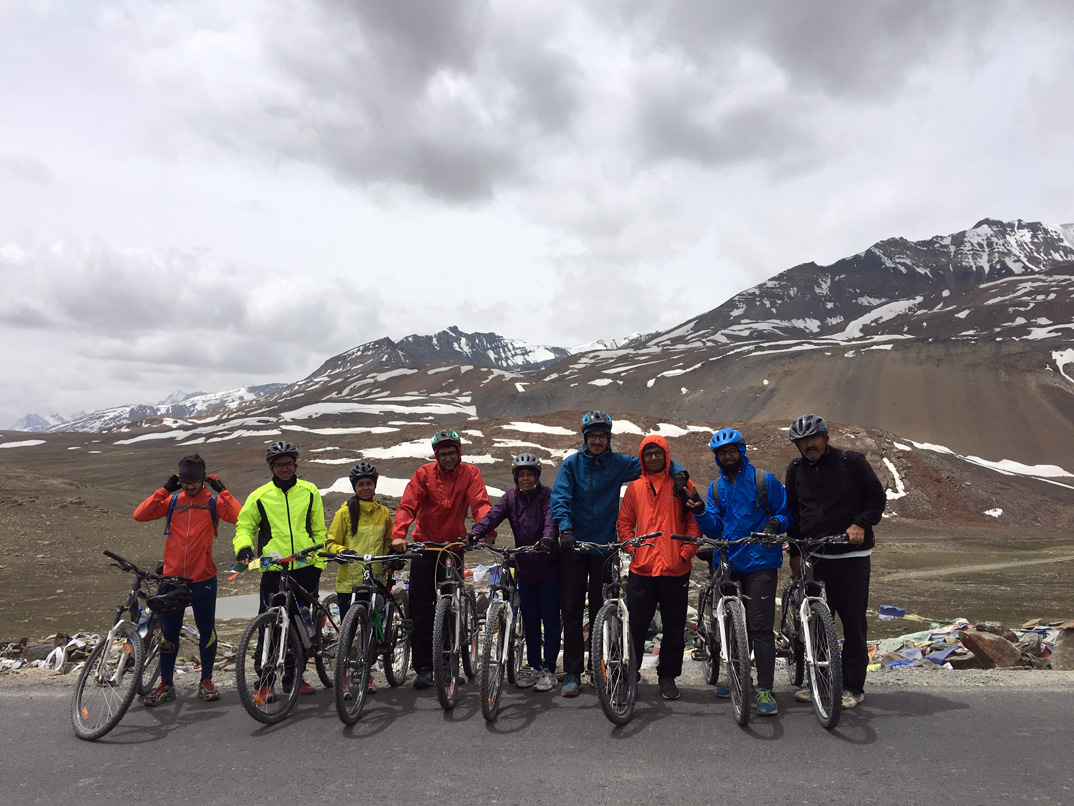 On 28th June 2016, a team of 9 members from the school began their cycling expedition from Manali. This expedition was no ordinary one. It was the popular Manali to Leh route which is considered as one of the most challenging biking routes in the world and is a dream for cyclists.
The team comprised of Ayush Shukla, Aayush Jain, Abhijeet Nagpal, Mayank Girdhar, Shashwat Puri and Urdesh Thakur from class XII accompanied by Poorva Siriah from the Batch 2005. They were escorted by Mrs Raksha Siriah and Mr Dhirendra Sharma.
Known as one of the most scenic and challenging routes this expedition gave them an amazing experience. From Manali they covered a distance of 490 kms to reach Leh during which they crossed 5 high altitude passes namely Rohtang Pass at 13,045 feet, Nakeela Pass at 15,547 feet, Baralacha Pass at 16042feet, Lachungla pass at 16,614 feet and Taglagla Pass at 17,582 feet.
The beautiful landscape changed almost every day and the mighty Himalayas served as the perfect backdrop. The scenic ride and sheer challenge of getting to the top of the passes was what kept them going through the high altitude. Although every moment was unforgettable, nonetheless no one will ever forget the “21gatta loops”! The team got a real sense of achievement as they made it to the end of this truly amazing journey in Leh.