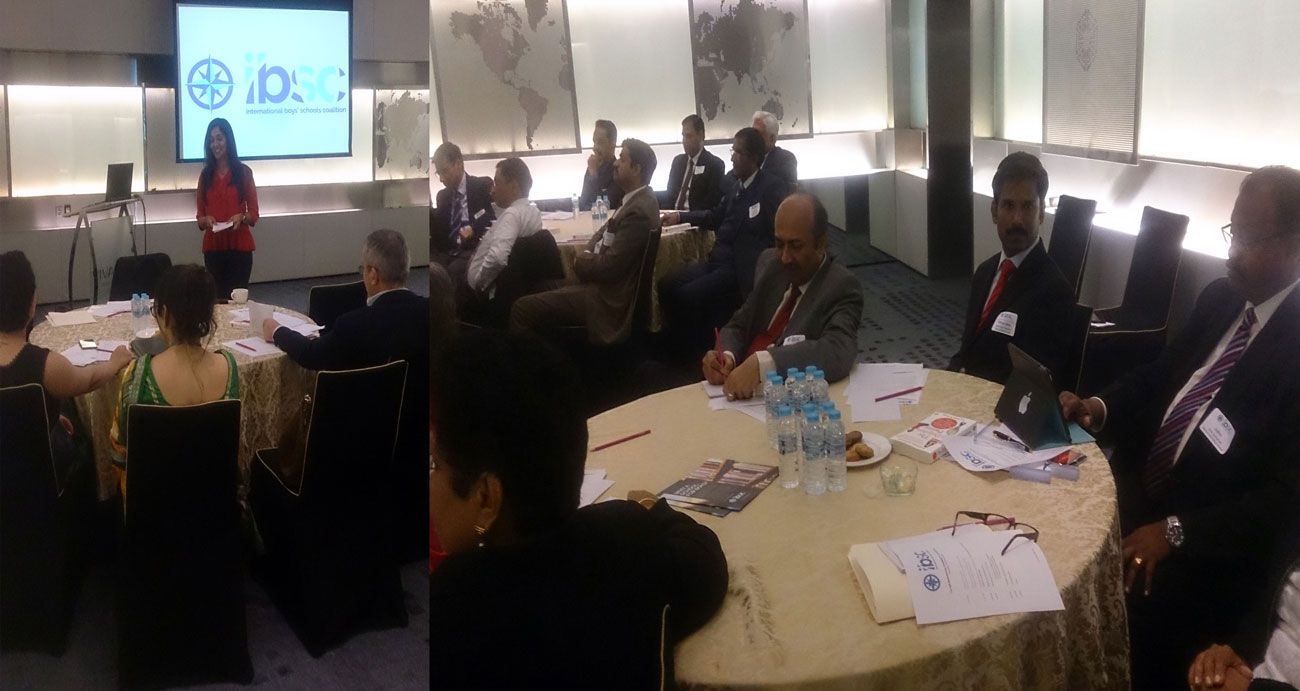 Under the aegis of the IBSC (International Boys School Coalition), a seminar on the topic “The Self Motivated Boy: Developing 21st century Leadership”, was organized and held at Taj Vivanta in New Delhi on 18th Saturday February 2017. Around 40 delegates attended the programme from 12 Boys Schools of India. Mr. Raj Kumar Kapoor(Dean of ICT) and Mr. Somarajan K S (faculty of Humanities) represented The Scindia School in the seminar.
The highlight of the programme was the key note address by the eminent neuropsychologist, educationist and author Dr. Shimi Kang. The key note speaker, other guests and the delegates were welcomed by Mrs. GunmeetBindra, The Principal of Welham Boys’ School and by Mr. David Armstrong, the Executive Director of IBSC.
IBSC Director Mr. David Armstrong has started his welcome speech with an introduction to IBSC and explained its mission and vision. He said that the IBSC offers a ‘one school house for world of online learning’. It also offers practical result driven researches on education.
The key note address of Dr. Shimi kang started with a simple but meaningful quotes that, “Simple is not easy, Knowing is not doing and doing leads to being”. She has interpreted boys’ (male) brain in line with the latest research findings of neuropsychology‘mantra’. She has explained about the functional difference between left brain and right brain. She has emphasized on the point that ‘Teachers should praise the process of the child not the product’. She also introduced the term POD where P stands for Play, O as Other and D as downtime necessary for anyone to be successful in his life. In 19th century people looked for IQ, 20th century people talked about EQ and in 21st century people look for CQ.
Dr. Kang has introduced some of her books on education to the audience together with its highlights. Her favorite metaphorical‘Tiger Teacher’, ‘jelly fish Teacher’ and the ‘Dolphin Teacher’ concepts attracted the audience. The IBSC team has urged the members to come with collective and collaborative research proposals on related topics and concluded the seminar at 7.30 PM.