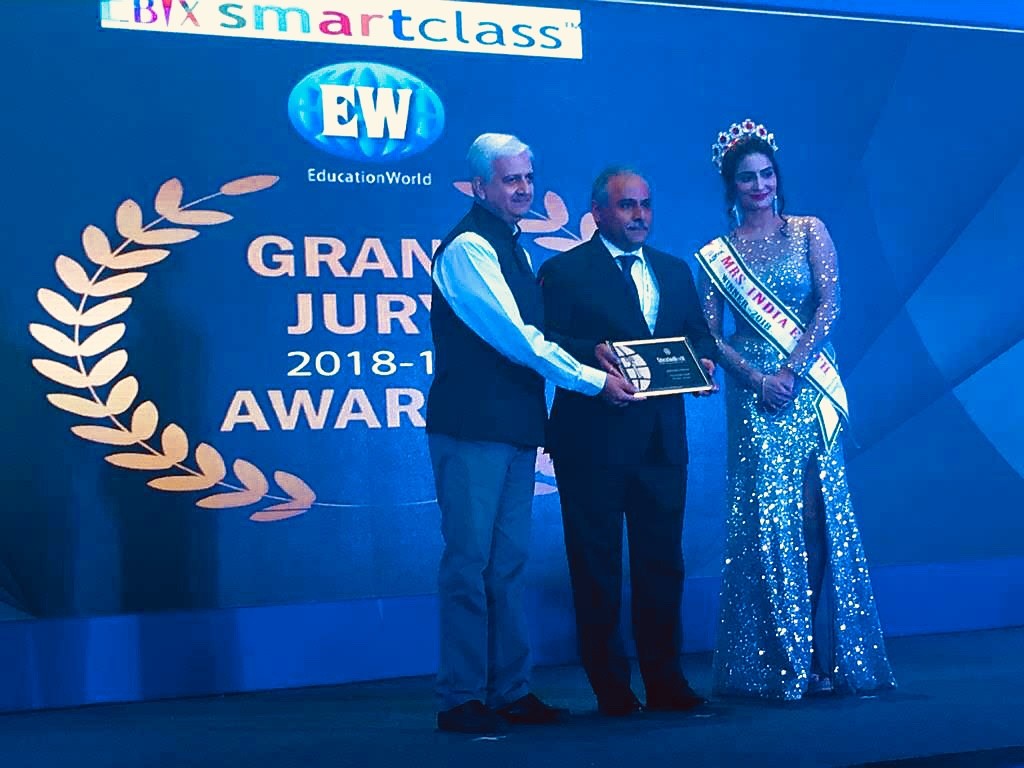 The 12th Annual EducationWorld India School Rankings 2018 - 19 has adjudged The Scindia School as the second best all boys residential school in the country. The survey that rates and ranks the country’s Top 1,000 schools has adjudicated the School as one of the Top boarding schools for two consecutive years in a row.
Principal, Dr Madhav Deo Saraswat received the award at a grand award ceremony, where he was also felicitated for the thought leadership which has been the guiding force behind the enormous success of the School. He was the recipient of the “Exceptional Leadership Award” for his contribution to the field of education in general and The Scindia School in particular.