Excellence Awards and Honour For Games 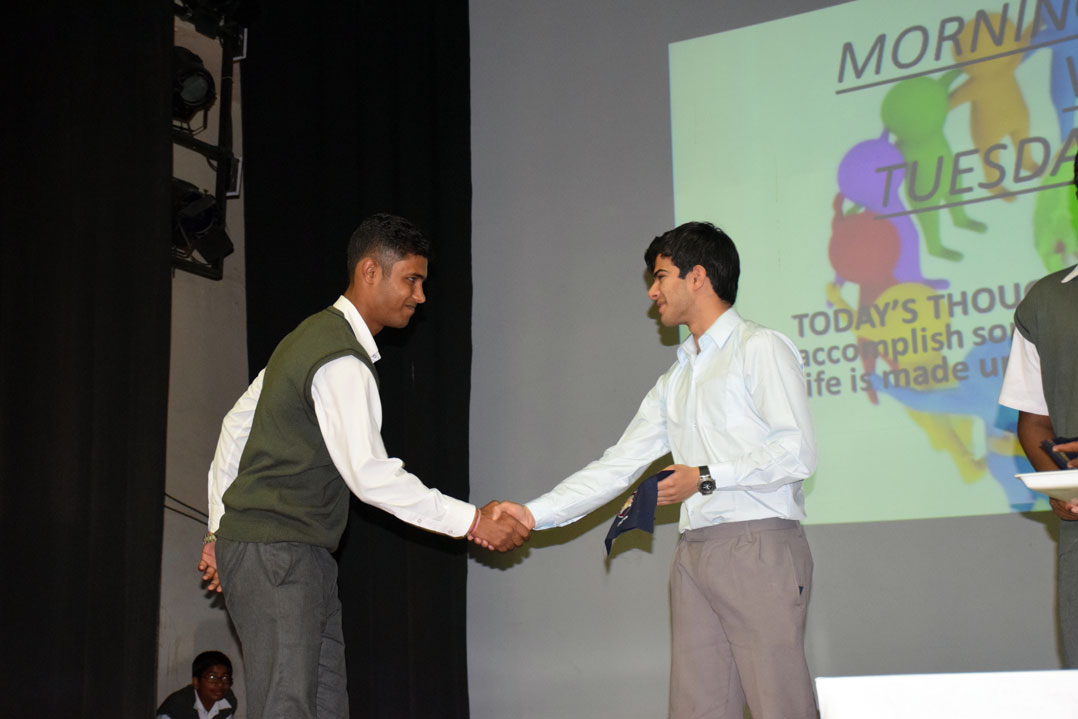 Full Colours and Half Colours are given to to athletes and sports persons for their accomplishments and outstanding performances in various fields of sports throughout the year. Hence the colours were formulated to present the utmost honour for exceptional sporting performance by a student in all sporting disciplines in a year. The recipient must be a good sports person with high achievements in sports, who can lead with example, having good understanding, communication skills, considerate, appreciative and kind to others with true spirit of sportsmanship.
This coveted award for being the Sports Games Captain was given to Akash Jaini. Akash participated twice in SGFI National Games, represented M.P. State in National Squash Championship & India Ranking Player in Squash and currently holding the position of Squash Captain.
The Full Colours and Half Colours were presented by newly appointed Sports Captain, Akash Jaini while SSP Arindam Bharadwaj read out the names of the meritorious students. The Principal, Dr Madhav Deo Saraswat congratulated the winners for such an exemplary performance. As per revised guidelines, a sportsperson must have a constant excellent performance for some time at national or state level or have exceptional record to be eligible for the award, along with extraordinary qualities like leadership, sportsmanship and a sense of discipline.
The proposed awards for next year session 2016-17 will also include Yoga and Golf.
The list of the meritorious students is as follows: