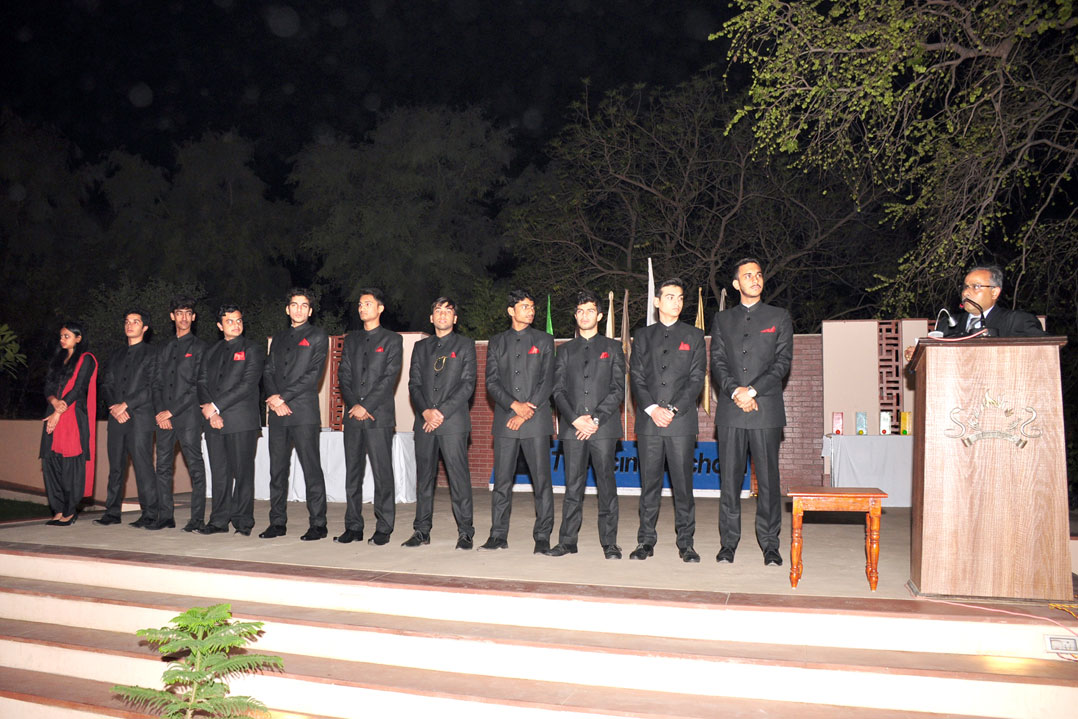 The Annual House Report Ceremony of the Senior Houses was held on Monday, 15th March at the SMOAT. The ceremony which is traditionally held at the end of the term marks the sharing of the accomplishments of each House with the entire school community. One representative from each of the eight Houses read out the achievements of the individuals and teams garnered in the course of the year. Prizes were awarded to outstanding scholars and sportsmen. This was followed by the Valedictory Assembly for the Batch of 2016. The assembly began with the Sanskrit and English prayer. Principal Dr MD Saraswat began the proceedings with the announcement of the new Prefectorial Board. New Appointments
Senior School Prefect: Mriganka Ghosh
Deputy Senior School Prefect: Aditya Banka and Mahendra Chhetri
School Prefect- Jayaji: Satyam Malik
School Prefect- Ranoji: Lakshit Sachdeva
School Prefect- Jayappa: Arbin Das
School Prefect- Daulat: Ayush Jain
School Prefect- Madhav: Shashwat Puri
School Prefect- Shivaji: Govind Kela
School Prefect-Jeevaji: Suman Kr Singh
School Prefect- Mahadji: Shivam
The new appointments will be on probation for a month after which their appointments will be confirmed.
In his heartwarming farewell speech Dr Saraswat shared his warm and sometimes intense interactions with the outgoing Batch. He wished them luck for success in life and extended a welcome to them to visit the School as Old Boys. The OAT reverberated with the joyous tunes by the School Band as the students walked out with lighted candles. This is a ceremony symbolising the carrying forth of the light of knowledge from within the portals of the School to the world outside. This was followed by dinner at Principal's residence for the students of the Batch of 2016 and the faculty. The students mingled freely with the teachers, clicking pictures and sharing several beautiful memories of their association. The evening ended with the awarding of mementoes to the members of the outgoing Batch.