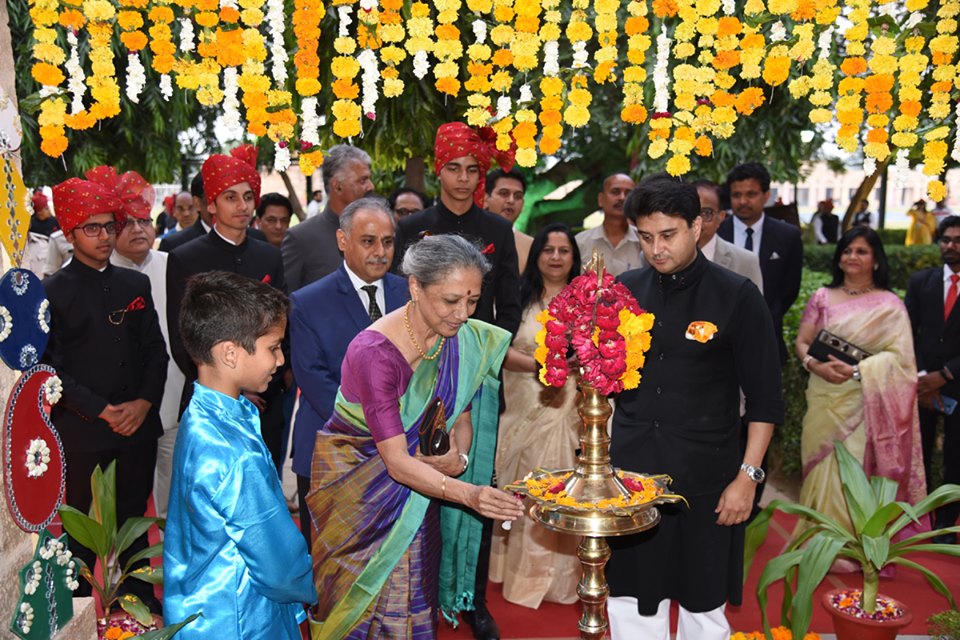 The Scindia School celebrated its 122 years of inception on the 20th and 21st of October, 2019. On the 20th of October morning, the entire fraternity concluded the first academic term of the session with an interaction between the parents and teachers. The interaction, as always, paved way to a healthy take-away session, especially for the parents of the newly inducted Scindians. The Chief Guest for the day, Dr. Deborah Ford, Chancellor, University of Wisconsin, Parkside, USA was welcomed by the Principal, followed by Dr. Ford’s informal interaction with the students and parents of classes XI and XII; the aspect of higher studies and career choices abroad being the highlight of the session.
Meanwhile, Old Boys from various corners of the world, marked their arrival on the Fort with football and cricket matches in the sprawling fields of the school. After the first half of the day’s affairs, everyone joined each other for a hearty lunch at the Central Dining Hall. Following lunch, Dr. Ford lighted the ceremonial lamp and inaugurated the exhibition put up by the Scindian student community, displaying their skills and innovation in a variety of verticals. The Chief Guest was thrilled by the exemplary potential of the Scindians and extended her heartfelt congratulations to all for such a well-laid display of exhibits. The guests thereafter moved to the FRC lawns for high tea, while the exhibition was open to the parents and other guests.
The evening was an amalgamation of performances of a wide array of cultural vibes. The Madhav Pavilion reverbearted with the echo of the musical notes of the glorious Brass Band of the School. Then followed the performances of impeccably talented Scindians, who impressed the audience with a Folk Dance and a Yoga presentation. The concluding concert of the evening was that of Meet Brothers (who also happen to be Old Boys) organised with utmost enthusiasm and style by the Scindian Old Boys Association.