Gandhi Jayanti Celebrations on the Fort 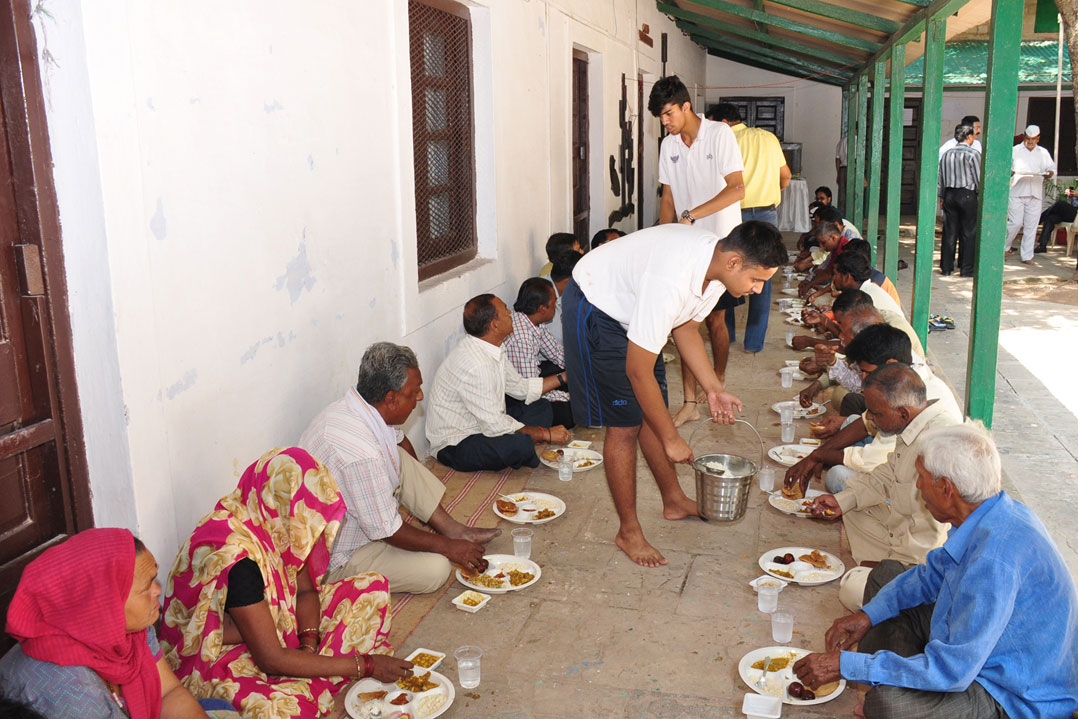 In order to commemorate Gandhi Jayanti Social Service Activity was conducted by students of Class VI, VII and new boys of Class VIII from 08:45 AM TO 09:15 AM on the Fort. The young Scindians worked with gusto and did full justice to the spirit of social service. They were able to clean the area around Man Singh Palace. The coordinator was Dr. B.S. Bhakuni. It was followed by Blood Donation and Medical Check-up Camp by Gwalior SOBA at Agrawal Hospital & Research Institute, Madhav Nagar,Gwalior. A special bus was arranged for the enthusiastic participants.
In the afternoon the visit of selected people from Sonsa Village was appreciated by the Scindians. Shramjeevis put up a Bhajan Karyakram and they spoke about Mahatma Gandhi. This was followed by lunch which was specially organized by the members of the Social Service League for shramjeevis, guests from Sonsa village, Nathon ka Pura village and support staff. A special Astachal was held in the evening and it was attended by all students and staff members. Apart from floral tribute the melodious rendition of ‘VAISHNAV JAN TO TENE KAHIYE’ and ‘Raghupati Raghav Raja Ram’ was the perfect culmination of the evening. The Principal, Dr Madhav Deo Saraswat motivated the boys to contemplate on the values of truth and non violence associated with Gandhi ji.
The values should be incorporated in the personal beliefs of each student. Dr Saraswat said that the boys must learn to have clarity of goals, determination, and perseverance along with never say die attitude from the life of Mahatma Gandhi. It was followed by silence for two minutes.
To culminate an eventful day a special dinner was hosted for some Old SKVians at Principal’s bunglow. In all the spirit and teachings of Mahatma Gandhi could be felt throughout the day by one and all.