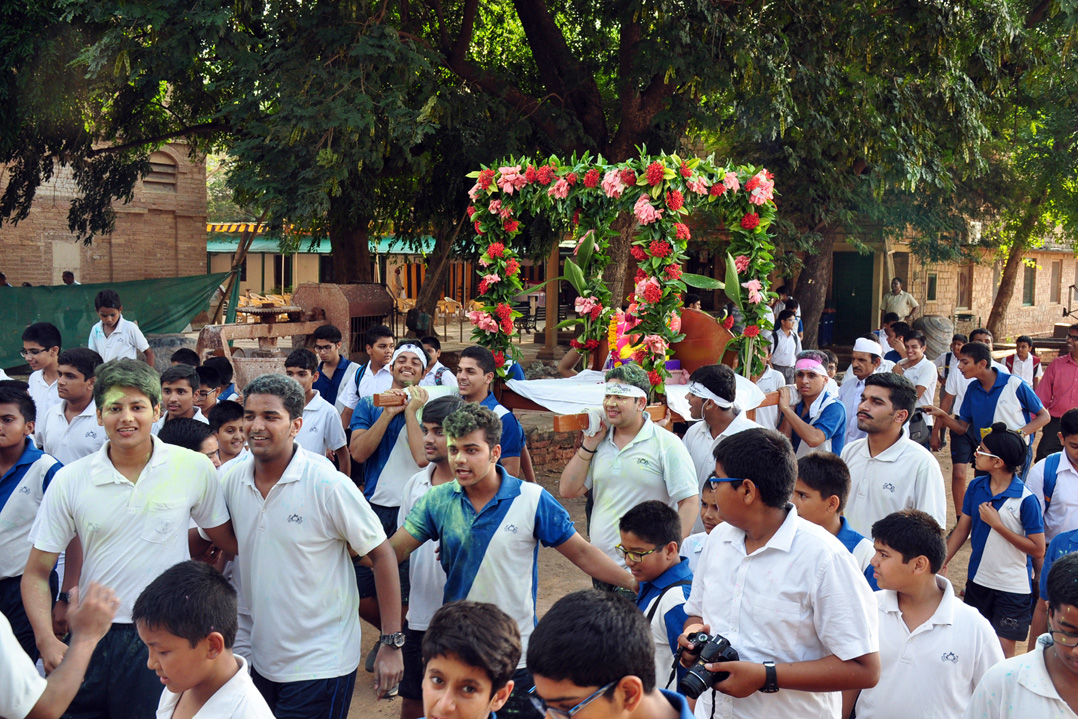 On 5th September 2016 after Nihari it was time for “Ganpati Sthapana” in the presence of the entire Scindian family. The ceremony began when Principal, Dr Madhav Deo Saraswat performed the aarti and soon the teachers joined in. The young students sang various bhajans and raags in praise of Lord Ganesha. There was an air of festivity as a special Aarti was dedicated to Lord Ganesha. The students gladly took the “Prasad” that was distributed immediately after the function.
On 6th September 2016 a special aarti was performed in the school premises and later in the evening Lord Ganesha was put on a pedestal and carried by the Class XII students with utmost devotion. Loud chanting of ‘Ganapatti bappa moreya, agle baras tu jaldi aa’, or alternately ‘Ganapatti bappa moreya , adha/pue laddu choriya’ filled the air. Throughout the procession from the school till the Suraj Kund the students chanted the mantras, sang songs in praise of Lord Ganesha. After the Visarjan or immersion Prasad was distributed among the students and staff. This celebration brings out the spirit of sharing and giving and binds us with the strength of the traditions in a home away from home.