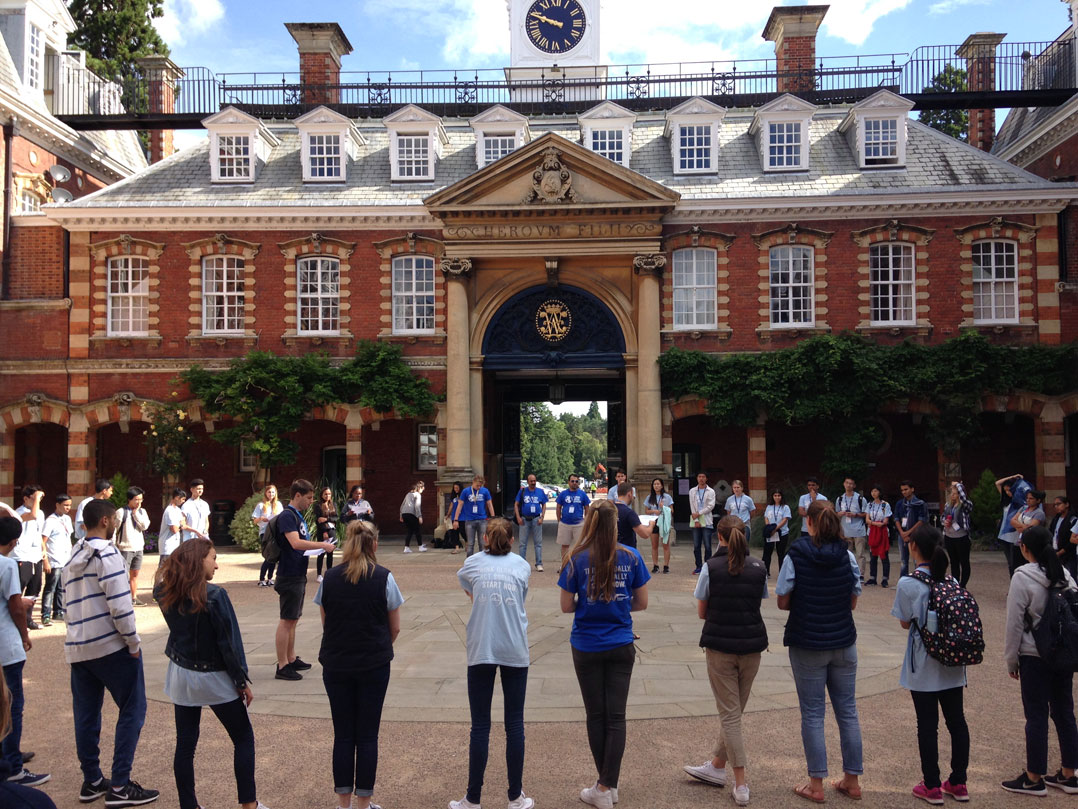 With great expectations and enthusiasm a group of nine students arrived at Wellington college, Berkshire escorted Dean of ICT, Mr. R K Kapoor to take part in GSL (Global Social Leaders) 2016 from 8th to 19th August 2016 . It was a delight and a great learning experience to meet participants from across the globe. It was fascinating to learn about the culture and traditions of different countries during the stay. The boys took part in varied activities such as the Oxford challenge of finding building and shops. In another activity they had to build their own raft and raced on it. Each challenge was an immense learning experience.
The Scindian team exhibited their capability to set their own goals and vision and practice different types of leadership initiatives. They were constantly groomed and inspired by their coaches to perform well. The trips to Oxford and London were memorable. They also interacted with SOBA when they met them over lunch. The boys were able to imbibe GSL principles such as kindness, respect, integrity, authenticity etc. Playing football, singing songs, dancing during the free time was also another way to unwind. The boys got an opportunity to listen to diverse guest speakers who addressed them on numerous global and inspirational topics.
The talent show was exceptional and the boys were delighted to cheer for students from other countries. The enthusiastic boys also performed skits on topics like courageous athletics, friendly gymnastics etc. Shubham, Dhruv Periwal and five other participants got a golden chance to speak for ten minutes and inspire others. Dhruv spoke on the law of karma which was applauded and given a standing ovation by everyone.
The various sessions have brought about a radical change in the lives of the participants and they vow to bring about a change in the community. The teams parted on a positive note.