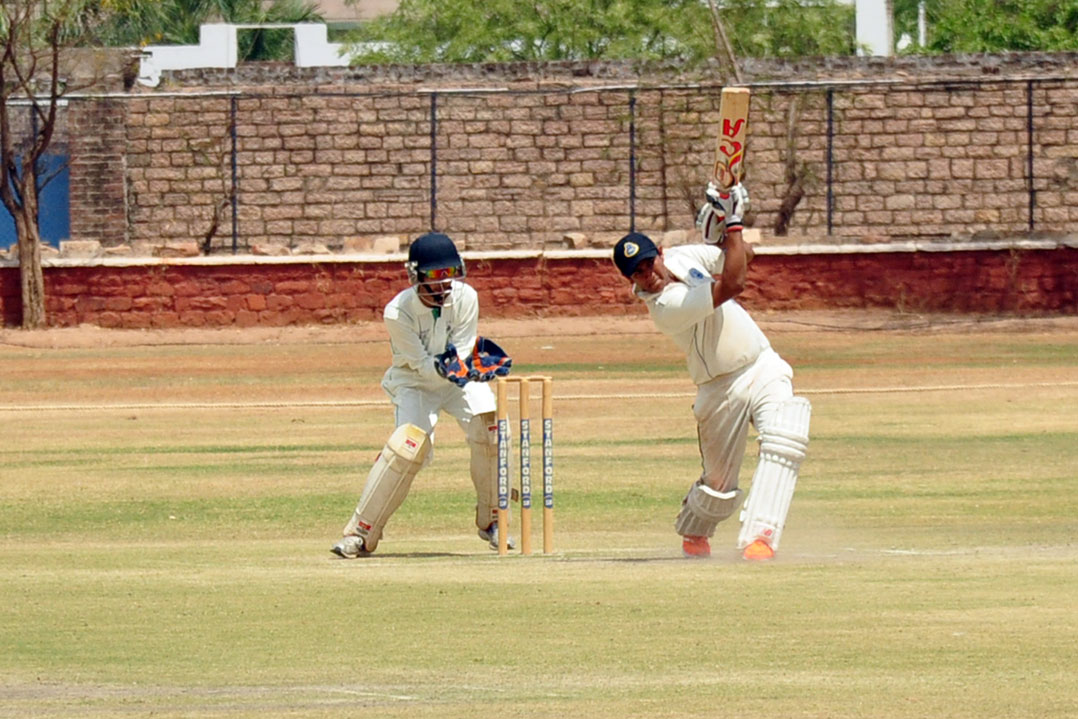 The third day of the tournament was not fruitful as the dismal performance by the school team dampened the spirit to some extent. At the formal dinner hosted for all the teams, The Principal, Dr Madhav Deo Saraswat cheered them and motivated them not to lose hope in future. He was engrossed in serious discussions with the cricket team. It did lift the spirit of the team and by dinner time they appeared to be a bit relaxed.
On the 4th Day of H.H. Cricket Tournament two rounds of semi finals were played. The first match was between MNSS Rai and Modern School, New Delhi. MNSS Rai won the toss and chose to bat first. They were able to set a target of 112 runs. Sahil scored 35 runs and did a tremendous job on the field. Modern School won the match by 5 wickets. Samarth Seth scored 59 runs. Rujas and Rishab each took 2 wickets. Modern School has now qualified for the finals. The second match was played between YPS Patiala and DPS, Mathura Road, New Delhi, in which DPS, Mathura Road won.
It was noticed by the entire Scindian fraternity and the coaches from various teams that this year’s organization was very meticulous and outstanding. The credit for such a precise and detail oriented implementation of the entire programme goes to Mr Naman Saraswat, Dean of Sports. It was also note worthy that for the first time there was live reporting of the matches and interviews of the contestants and audience were taken. The credit exclusively goes to Mr Raj Kapoor, Dean of ICT, who ensured that the recording was accurate and prompt. The recording team did a tremendous job under Mr Kapoor’s guidance. Everyone is now looking forward to the final match between DPS, Mathura Road and Modern School, New Delhi on Sunday, 3 April 2016.