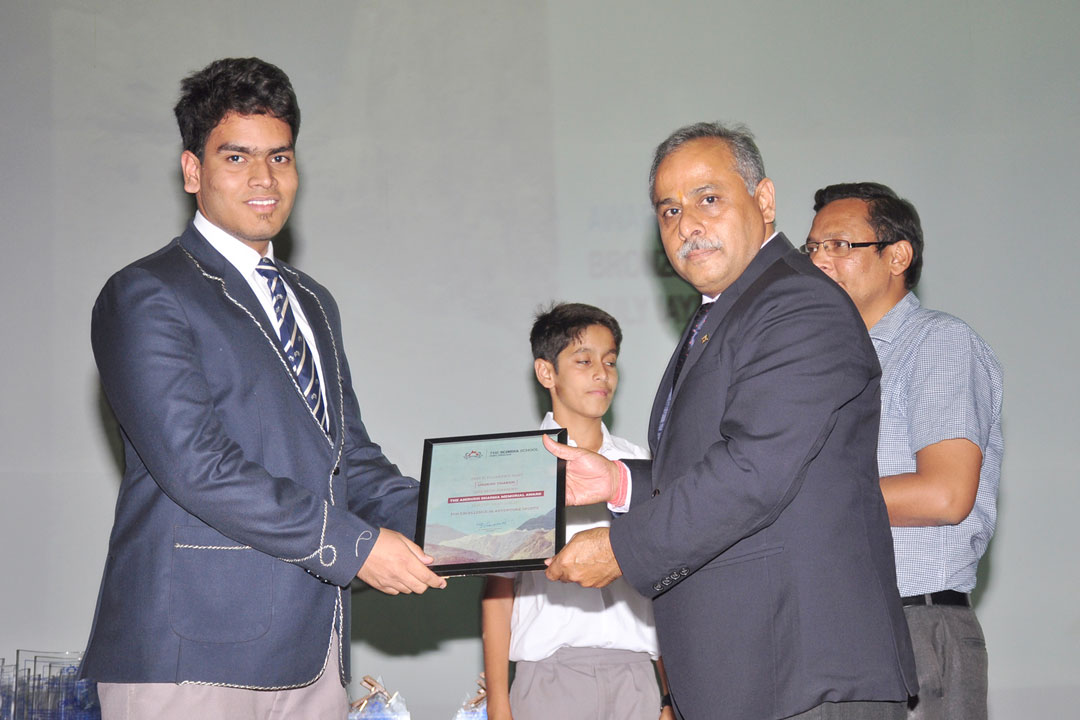 IAYP awards and certificates were given away for the year 2016-17 by Mr Rizwan on 4th April 2017 at a special ceremony. Mr Rizwaan is a professional cyclist and a great adventure enthusiast.
The evening began in a jam-packed assembly hall with a classical musical performance. Thereafter a detailed report on various adventure activities conducted throughout the year was read out by the students.
Urdesh Thakur was a proud recipient of the Gold, Silver and Bronze award and he will go to Delhi to receive the award in July 2017. He also received a Special Blazer by Principal, Dr Saraswat. Satyam Malik and Shivam Mittal too received the prestigious award. They too will go to Delhi for the same. Both the boys won the award for organizing cricket match for blind home students, helping them in class and cleaning water channels around the Fort. They were a part of Green House Project at Spiti and also did trekking at Spiti.
The Chief Guest, Mr Rizwan felt glad to be a part of the ceremony. He briefed the boys about the importance of experiencing an event, experimenting with the situations and thereby becoming experts in the field while undergoing an adventure activity.
Then Dr Saraswat addressed the boys and said that adventure activities are an integral part of a public school. They challenge the limits of an individual and he/ she is expected to deliver beyond his/ her perceived capacity. Dr Saraswat reiterated the fact that it is the only activity wherein a person learns to live for others. And where the senior most chooses to be the last person and thus takes charge of the entire group.
Dr Saraswat strongly emphasised upon the fact that the second and third ring of leadership offers new opportunities to more students and faculty members. At the end Dr Saraswat acknowledged the contribution and passion of Mr Dhirendra Sharma and Mrs Raksha Siriah in promoting adventure activities in the school.