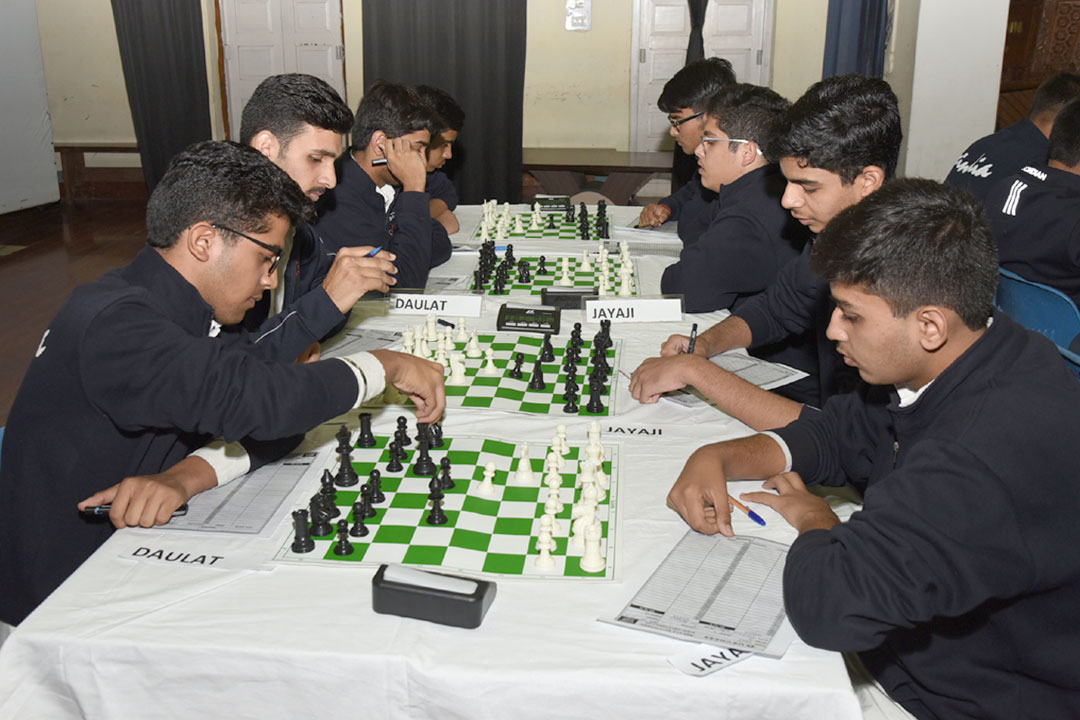 This time we tried to introduce some specific basic rules to conduct the chess tournament. These are as follows:
1. Use of Chess Clock . It was must for all participants.
2. It was mandatory for the all participants to write notation (Each movement of the game ).
3. Arbitrator was called from outside to observe the games minutely and to solve problems if any dispute arise. 4. whole tournament was knock-out based tournament.
5. On the day of final I took help from IT department, so that we can show the live games to the audience. It was arranged on the Assembly Hall. It was mandatory for all participants of the tournament to observe the all games at a time through the projector in Assembly hall. Audience was extremely happy to see the live matches. Nearly 150 students watch the all matches. Out of these 150 students 96 students participated in the tournament.
Its my special thanks to Raj Kapoor Sir for extending his hand to show the live games in the assembly hall to quite a big number of students.
6. My special thanks to Naman Sir and Dhiren Sir for their continuous support for every stage of this game ( Starting from investment in Chess in terms of sanctioning money for Chess Clock, New boards , Trophy etc. ) and for continuous encouragement. Click here to see the final scoresheets.