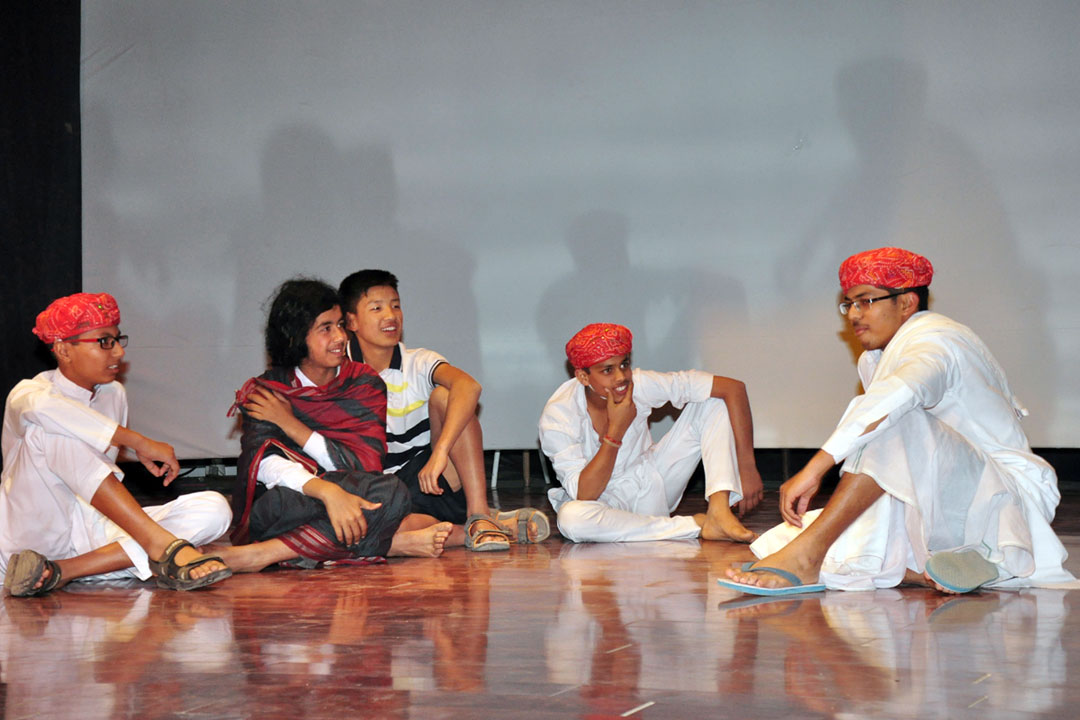 The young brigade of the Scindia School once again caught the rapt attention of the audience, at the 5th Smt. Shanti Devi Saxena Memorial Inter-House Skit Competition, which was organized on the 18th of January, 2018. The event started with the Master of Ceremonies extending a warm welcome to Principal, Dr. Madhav Deo Saraswat along with Vice Principal – Academics and Vice Principal – Pastoral.
The boys of eight Senior Houses skilfully prepared their presentations on an array of issues ranging from women empowerment to the significance of self-reflection. All the teams were at their creative best, as there was a limit to the number of properties that could be used by each team. The powerful performances of the budding actors transported the audience to the realm of cinema. The evening though was thoroughly entertaining but it was also hugely successful in providing food for thought. Such is the power of effective use of cinema.
The topics for the event were carefully chosen and mirrored the concerns of the society at large. It was a novice experience, as the titles of the plays were selected out of some popularly known idioms, around which the students crafted a story line intelligently and appropriately. Satyam Singh Gujjar’s performance of a naïve villager in the act Dur Ke Dhol Suhavne stole the show.
Although, the event was competitive in nature, the thunderous applause that each team received by the gathering was testimony to the fact that each one of them was a winner, as all the plays had conveyed a powerful message. Click here to see photo album.