Interaction Of New Boys With The Principal 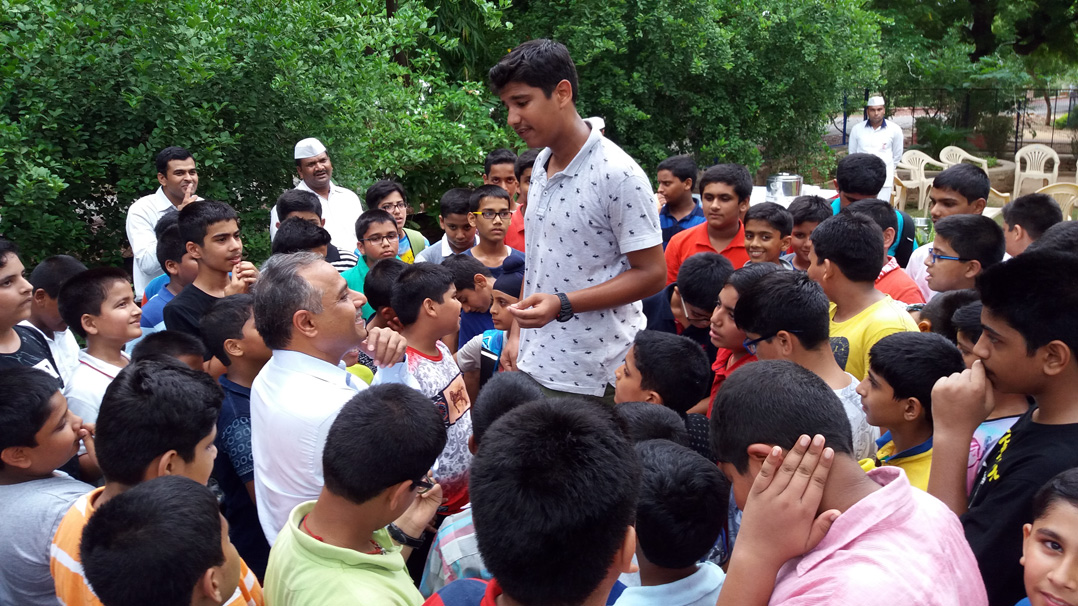 It was a very pleasant evening on 21st July 2016 when all new boys got an opportunity to interact with the Principal, Dr Madhav Deo Saraswat over tea. The little boys were a bit hesitant at the beginning but the ice broke when Dr Saraswat initiated the conversation and soon they were engrossed in animated discussions.
The boys felt at ease as they narrated their experience of the first few days in school. Some boys from junior houses sang melodiously and it was highly appreciated by the teachers. In all it was a very nice attempt by the school to let the boys interact informally with the Principal. The shy nervous faces had a beaming smile and the joy and ease they felt at the end of the interaction was evident on their radiant faces.