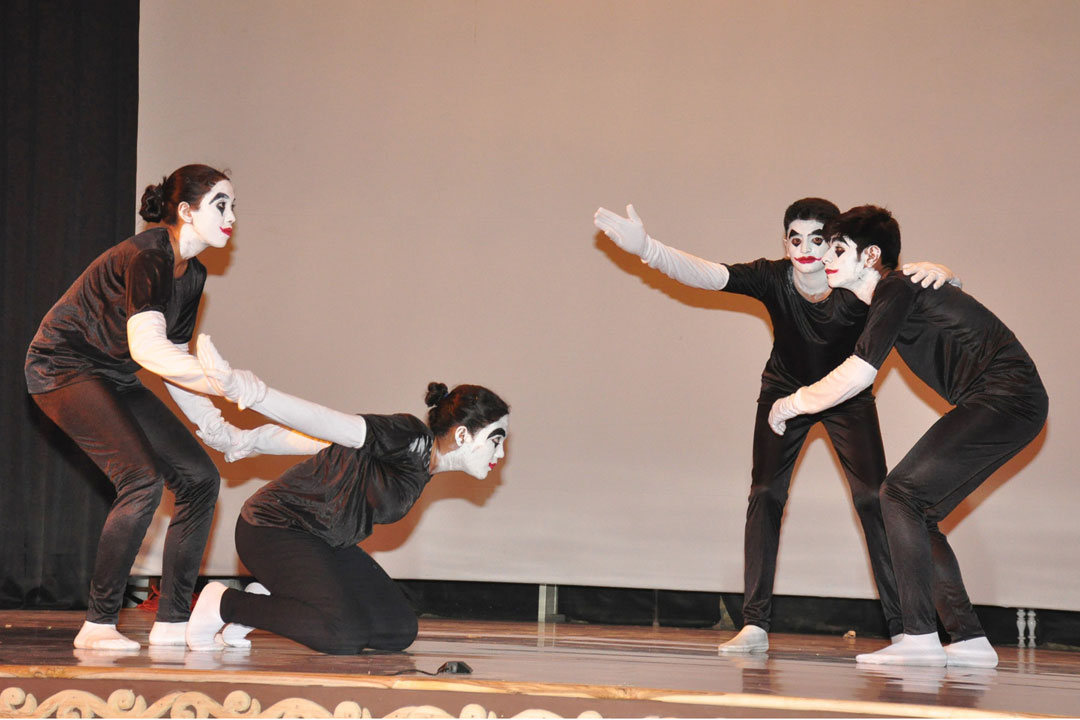 IPSC Drama Festival will be held at The Scindia School from 9th October to 11th October 2016. The event will comprise of a Mime performance, One Act Play and a Street Play.
The participating schools were Mayo College Girls School, Ajmer, Miles Bronson Residential School, Guwahati, Assam, Daly College, Indore, Scindia Kanya Vidyalaya, Gwalior, Army Public School, Dagshai, Vidya Devi Jindal School, Hissar, Maharani Gayatri Devi School, Jaipur, Welham Girls, Dehradun, Assam Valley School, Tejpur, The Emerald Heights International School, Indore, Sainik School, Bijapur and the host, The Scindia School, Fort Gwalior.
Principal, Dr Madhav Deo Saraswat welcomed the participants and expressed his gratitude to each head of the institution and teachers who were instrumental in motivating and preparing the students. Dr Saraswat felt that it was a unique challenge to organize the event for the first time. He wished the entire organization team all the best.
It can be rightly said that Drama has the power to liberate the mind and give wings to the actors as they perform their roles. Drama is about pushing oneself outside one's comfort zone in order to learn and produce pieces of art.
The creative satisfaction that one derives from drama is inexpressible as it involves an integration of arts like dance, histrionics, music, art and literature. Drama also facilitates the enhancement of verbal and non verbal expression of ideas. It improves voice projection, articulation of words, fluency of language and persuasive speech. It aids the students in developing poise and self confidence.
The event began with a Mime Performance on 9th October 2016. Each school delegation consisted of eight students and one teacher escort. In Mime Performance the contestants were judged on the basis of concept, depiction of the situation, expressions and overall impact. The time limit was 6-8 minutes for each team. They were instructed not to use any offensive, obscene, disrespectful action or gesture.
The judges for the event were:
Mr. Yatendra Chaturvedi is a renowned author. He has also acted in plays like Dilli Teri baat Nirali etc. Mr. Anil Tiwari is the Founder faculty and Ex-Head of Theatre Department at ‘Raja Maan Singh Tomar Music and Arts’ University. Mr Tiwari has directed the first short film with artists from Gwalior. In addition to this, he has also directed 17 short films.
Mr. Ashok Sengar is the Secretary of All India Drama and Music Association. Mr Sengar has acted in more than 40 plays. He has directed several plays and has won many awards.
Through mime the participants depicted a wide variety of topics ranging from significance of road safety, say no to drugs, the importance of preserving, nurturing and respecting nature and its resources etc. The Scindia School’s performance revealed how the school builds character and encourages boys to face the adversities of life.
The incredible performances held everyone captive. The judges gave a candid feedback wherein they touched upon the nuances of the performances and pointed out to some pertinent points to be kept in mind while performing mime, such as use of props should be avoided, the audio track should match the action. Finally the Principal, Dr Madhav Deo Saraswat gave a token of love to all the judges. At the end of the evening everyone looked forward to the next day’s event. Click here to see photo album