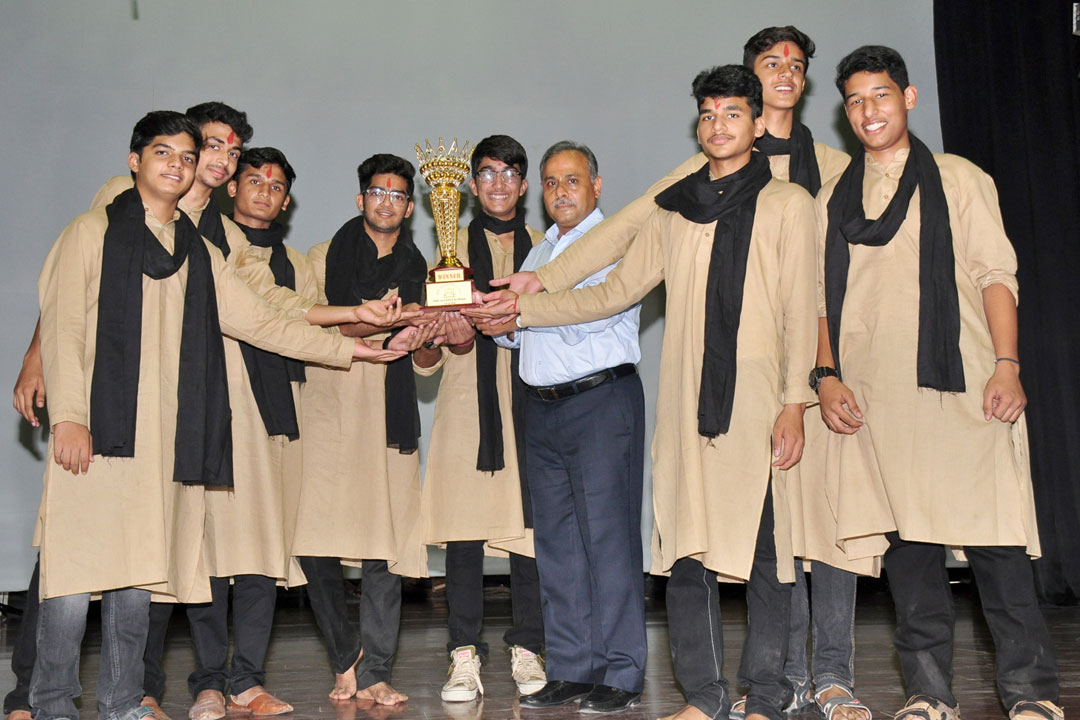 Street Theatre Skills Displayed On Madhav Field
On 11th October 2016 there was a wide and impressive display of street plays on various topics.3Street theatre is a form of theatrical performance which is presented in outdoor public spaces where there are large numbers of people. Street theatre is arguably the oldest form of theatre in existence. The performances need to be highly visible, loud and simple to follow in order to attract a crowd. Hence, the event took place in the sprawling Madhav Field. The judges were Mr Ashok Anand, Mr. Hogai Gamba and Mr. Raghevendra Singh Bahadoria.
The rules of the competition were that the theme of the Nukkad Natak should reveal a Social Awareness issue. The 'Natak' should have a minimum five and maximum eight characters. The time limit was 8-10 minutes for each team. The teams were free to use props and music in their performance. The use of costumes was optional.
They were judged on the basis of acting, creativity and presentation of message along with usage of given area and time.
The theme of Maharani Gayatri Devi School, Jaipur was ‘terrorism’, a deadly threat to mankind. The brilliant performance held everyone spellbound. Another play was based on the hypocrisy of our society towards the helplessness of people in adversity and how they manipulate and take advantage for their vested interest. Assam Valley School’s performance was related to exploitation of the specially challenged people in society. Miles Bronson Residential School, Guwahati performed on Human Trafficking. The last play was by the students of The Emerald Heights International School, Indore. The theme of their enactment was democracy. It was a perfect example of brilliant acting.
Snehil Tripathi, Faizan Karim, Satyam Gurjar, Ayush Nandwana, Isahn Mahajan, Madhav Agrawal, Divyam Anandani and Yatharth’s acting skills were highly appreciated by one and all.
Finally the results were declared. Daly College, Indore came first in Mime, Assam Valley School stood first in One Act Play whereas the host school, The Scindia School bagged the trophy in Street Play. Anusha Dutta got the best actor award in One Act Play and Satyam Gurjar got the best actor award in street Play category. The Principal, Dr Madhav Deo Saraswat congratulated the winners and the participants. Dr Saraswat said that learning for life continues forever and only an unforgettable experience lasts forever. He said that if a talent has not been suitably rewarded it should not dishearten a participant. The happiness which they derived from interaction with students from all over India should matter the most. The three day event ended on a positive note with lots of memorable moments. Click here to see photo album