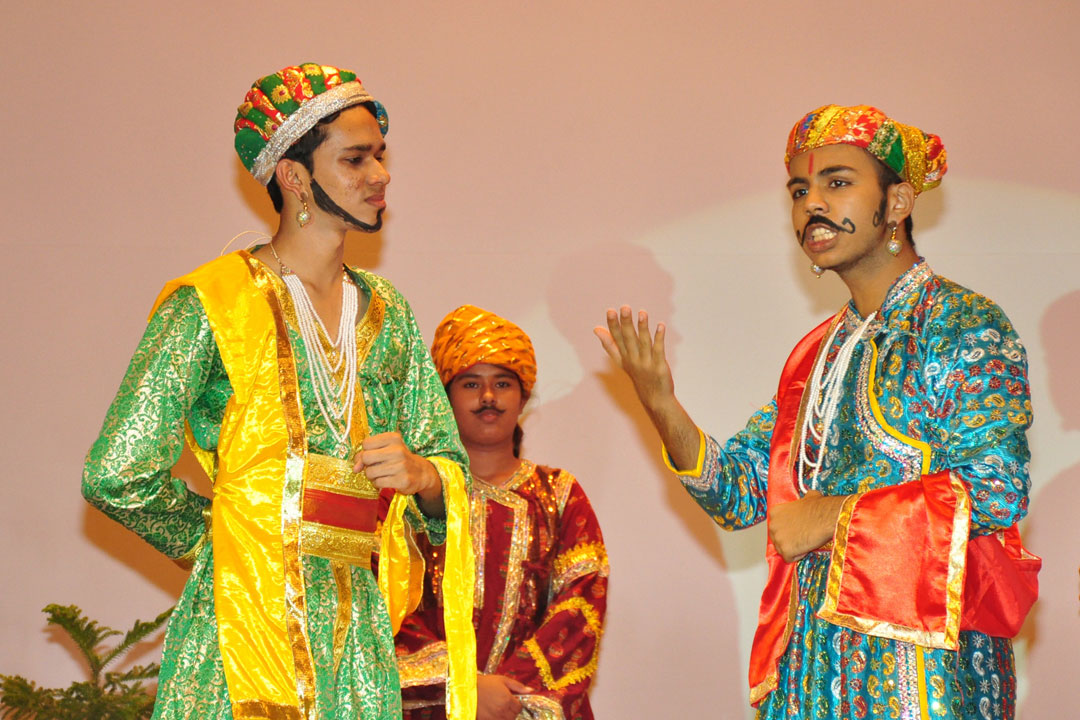 One Act Plays Showcase A Wide Array Of Talent The second day of IPSC Drama Fest was equally exciting. There was a wide array of One Act plays on 10th October 2016. A one-act play is a short piece of drama that consists of only one act. It usually has one or more scenes, but does not exceed one act.
The rules for the competition were that the script must be original or adaptation of a novel/play or short story. The play should have minimum and maximum eight characters. The duration of the play must be between 15 to 20 minutes. The One Act Play must depict an event from Indian History. The focus should be on acting. The set, costumes and lighting design must be kept simple.
The participants were judged on the basis of script and depiction of the theme, use of props, costumes, light and sound, acting and dialogue delivery and overall impact. The prestigious judges were Mr Nikhil Raj Sharma, who is a documentary filmmaker, motivational speaker, entrepreneur and a keen rock climber.
Mr Abhinav Goyal, who completed his Masters in Theatre and has acted in several TV serials. He has directed a short film entitled ‘Every Days Heroes’. Mr Goyal has also written plays such as A Tribute to Rabindranath Tagore etc. Mr Raj K Das, a well-known choreographer and has been association with Bollywood for past six years. He specializes in contemporary and ballet form of dancing.
The competition began on a good note. The title of the play by Assam Valley School was “A good Wife’. The Scindia School gave an incredible performance. Snehil Tripathi, Faizan Karim, Satyam Gurjar, Divyam Anandani and Yatharth’s acting skills were highly appreciated by the judges and the enthusiastic audience. It was indeed an alluring, mesmerizing and powerful performance. Mayo College Girls’ act revolved around a free interpretation of the first nuclear missile conducted by India under the reign of Smt Indira Gandhi. It was indeed very informative. Miles Bronson Residential School, Guwahati enacted a scene from the life of Savitribai Jyotirao Phule, an Indian social reformer and poet. It was truly awe inspiring.
The one act play by Army Public School, Daghai was based on Kalidas, a renowned Classical Sanskrit writer, widely regarded as the greatest poet and dramatist in Sanskrit language. The next performance was by the students of Maharani Gayatri Devi School, Jaipur entitled, The Honeycomb Grubs, which relived some of the dark and dismal days in the history of our country.
At the end the judges shared their feedback and give their valuable advice on acting to all the participants. Then principal, Dr Madhav Deo Saraswat gave away mementoes to the judges as a token of gratitude. Finally everyone moved for a special dinner by the swimming pool. Click here to see photo album