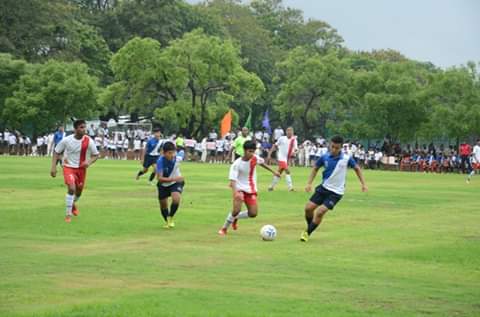 The Scindia School Football team participated in the triangular series, known as “Kishangarh Shield” which was held at Daly College from 5th August to 6th August 2019. Series of riveting matches were played between Daly College - Indore, Mayo College - Ajmer and The Scindia School, Gwalior. The first match which was between The Scindia School and Daly College was a draw by 1 goal each, Tashi Dadul Bhutia from Scindia scored a goal in this match. Our second match was against the Mayo College which was yet again a draw by 1 goal each. This goal was scored by Kenchay Lepcha.
The Scindia School team bagged the second in position in the prestigious tournament. Tashi Dadul Bhutia was awarded with “Man of the Match” for the first match and Kenchay Lepcha was adjudged as “The Best Striker” of the tournament.