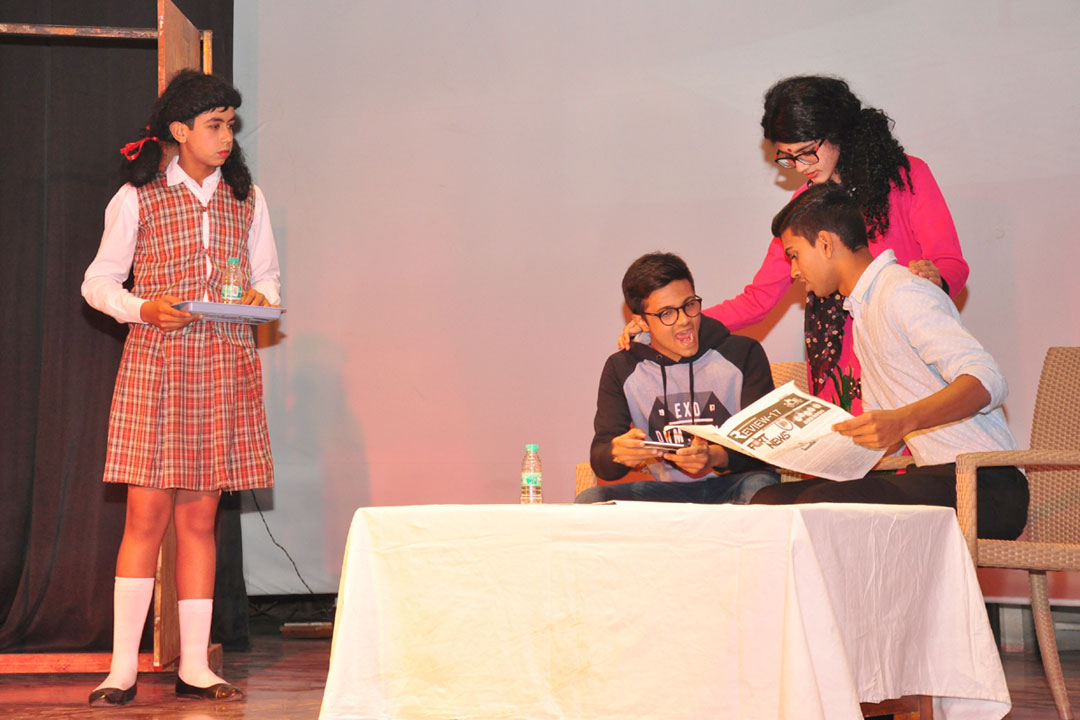 A cultural programme was organized by the boys of Ranoji House on the 25th of January, 2018. It was a treat to the eye to watch the evening unfold, as it transported the audience to the realm of music, art and drama. The event started with the soulful singing of a famous number by Michael Jackson, ‘Heal the World’, after which Priyanshu got everybody’s feet tapping with some popular oldies of Bollywood.
Harishankar Parsai’s ‘Torch Bechne Wala’, a Hindi play was enacted with a lot of conviction and made a strong case for not taking shortcuts in life, as they do not lead to positive outcomes in the long-run. This was followed by the English Play titled ‘The Plot’ which drew the attention of the audience towards the social evil of gender discrimination with which our society is still grappling. The dance performance and the solo singing added nuggets of entertainment here and there.
As it was the eve of the 69th Republic Day of the Nation, the programme ended with a MIME performance showcasing ‘Incredible India’ which received a standing ovation from the audience. A representative of the old boys from the batch of 1968 came up on the stage and congratulated the boys for putting up such an impeccable performance.