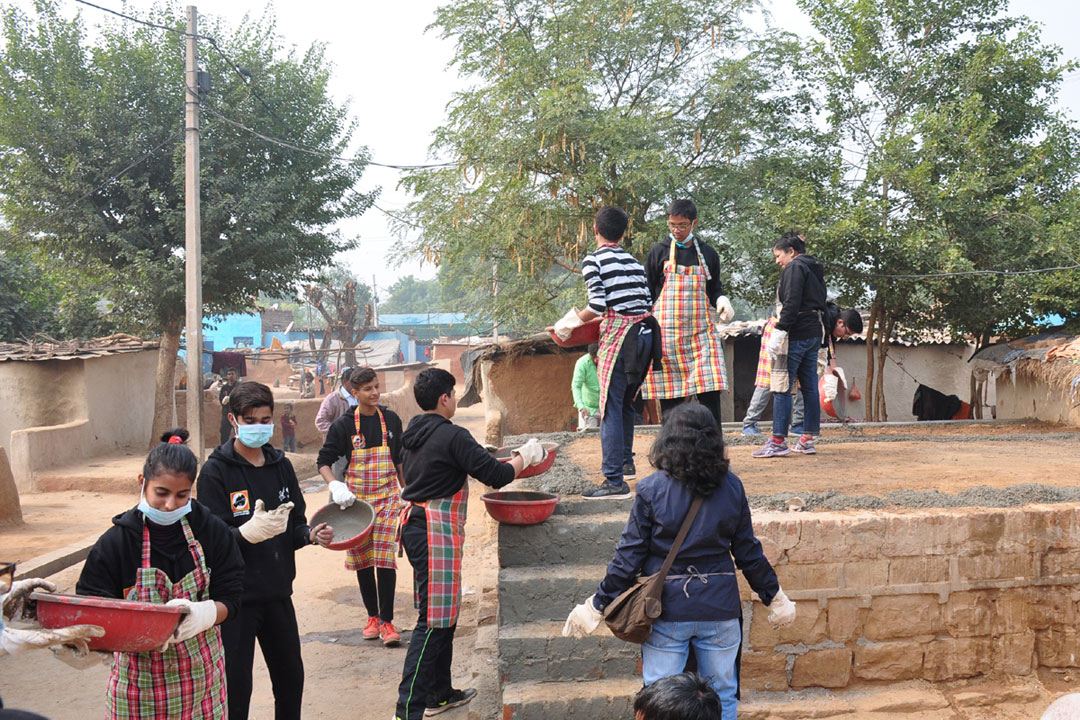 In continuation of our commitment to service, The Scindia School hosted the 10th Round Square Service Project from the 19th – 23rd of December, 2017. The Service Project saw participation from 6 prestigious schools [Punjab Public School, Nabha; Millenium School, Dubai; Genesis Global, New Delhi; Mayo College, Ajmer; Scindia Kanya Vidyalaya, Gwalior; and the host school The Scindia School, Gwalior], and was held at Nathon ka Pura - the village adopted by The Scindia School.
The task which was to be accomplished this year was constructing a drainage channel, repairing the roof of the government primary school, revamping a dilapidated Chabutra, whitewashing certain portions of the village and women empowerment through skill development. It was no mean task to be achieved in a time span of four days. However, as they say “When the going gets tough, the tough gets going.” The project started with Aryaman Vikamsey from The Scindia School reading out the project prayer, after which the team which comprised 52 participants was divided into three groups all enthused to start the tasks allotted to them.
It was because of sheer grit and determination that the volunteers were able to carry out their respective tasks successfully. As a part of the project a center for skill development was set up in the village, under which activities were planned to provide the women of the village with economically productive skills. The aim of this particular activity was to make them self-reliant, so that they are able to actively contribute towards the financial health of their families.
Towards the end of the project there was a sense of gratification, as one of the pillars of Round Square – Service, had truly been imbibed. It was an opportunity for the volunteers to empathize with the other members of the community and it also exposed them to the joys of giving. Before it was time for everybody to say goodbye, a special dinner was organized in recognition for a job well done.