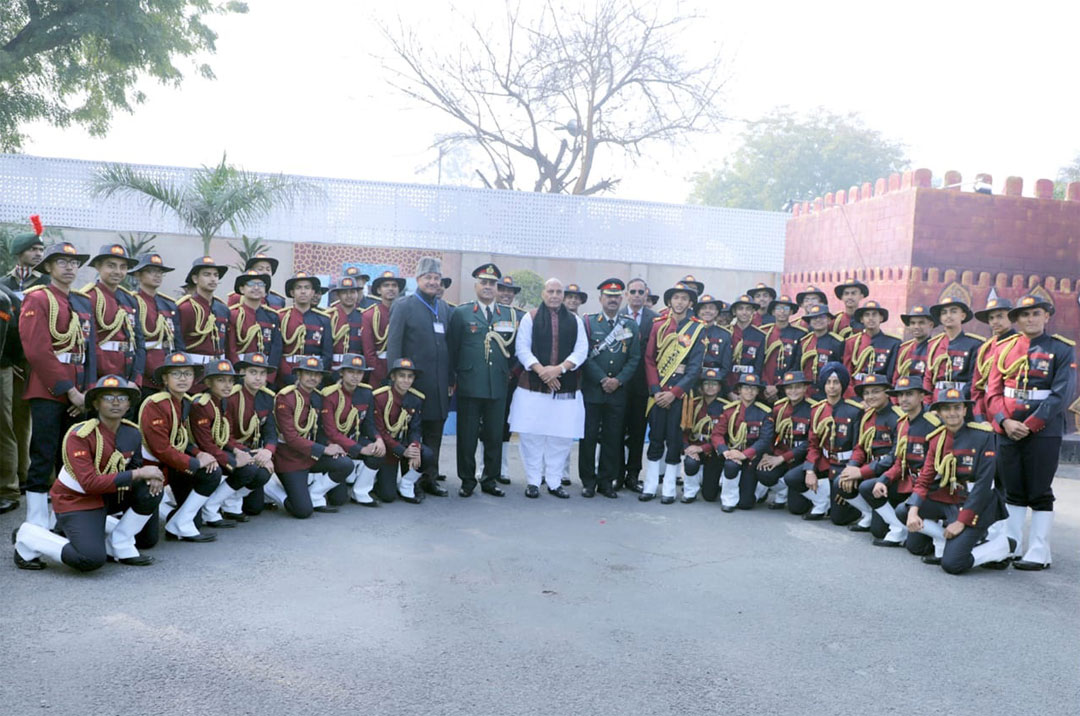 The Scindia School Brass Band took part in the Annual Republic Day Camp 2020, held in Delhi from the 30th of December 2019 to 30th of January 2020, during which the Band was privileged to give the Guard of Honour to the dignitaries like Mr Arvind Kejriwal, the Chief Minister of Delhi, and Mr Rajnath Singh, the Defence Minister. They also marched on the Rajpath on the 26th of January 2020 and took part in the Annual PM’s Rally. Mr Ramesh Sharma was the officer incharge for the 16th consecutive year.
The following members received the NCC Certificate: Varun Nepram Trophy for leading the Band at the Rajpath- Senior Under Officer, Yash Jain; Band Major’s Trophy for leading the Band in the PM Rally-Senior Under Officer, Aryan Samil; Band Leader’s Trophy- Senior Under Officer, Kartikeya Kulshreshtha; The Varun Nepram’s Trophy for the Best Saxophone Player- Nimit Jain; The Band Trainee Trophy- Mr Ashok Kumar