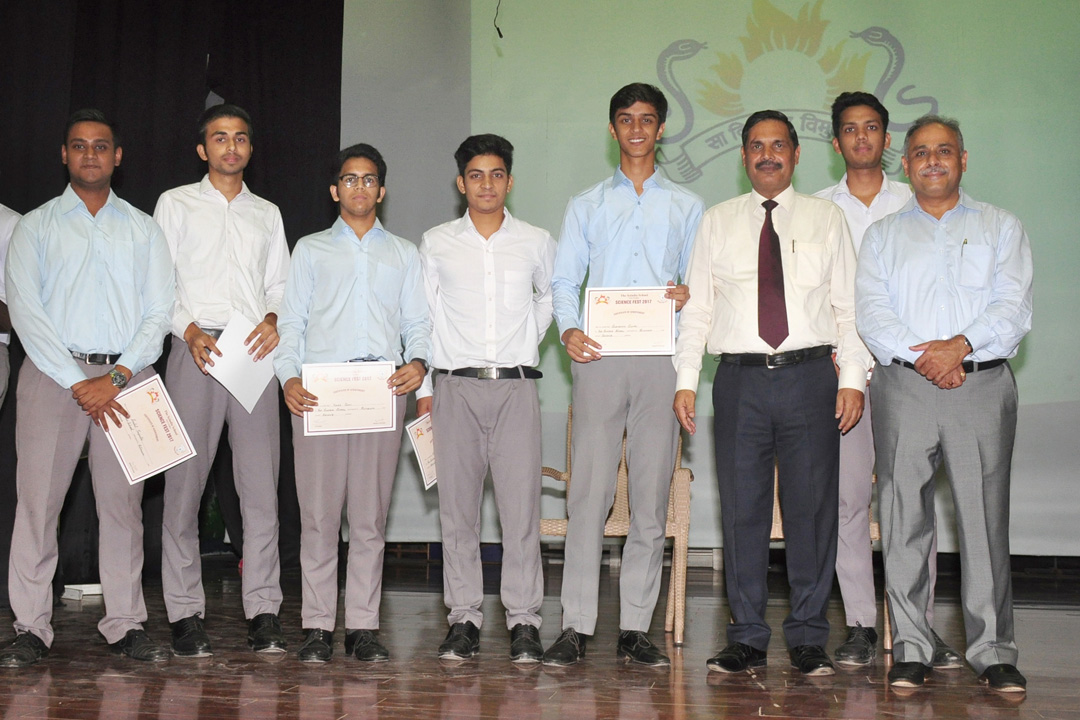 “A mind is like a parachute; it doesn’t work if it is not open.”
Frank Zappa
The Scindia School hosted the “Science Fest” 2017 from 10th to 12th August 2017, under the aegis of the Department of Science. The event saw participation from some of the best schools across the country. It was a unique opportunity for the young minds to take science from the classrooms to the corridors. The theme of the fest was “Sustainable Development”.
At the onset, Principal Dr.Madhav Deo Saraswat welcomed the gathering and urged them to make it a memorable experience, which could be cherished forever. In his inaugural address Dr Saraswat mentioned that the Earth has enough resources for man’s need but not for man’s greed. He drew the attention of the congregation to the fact that resources are being depleted as man is gathering more than he requires. The opening ceremony was followed by the ‘Just a minute session’ in which all participants prepared an enactment on an advertisement. Ms Niharika Kulshrestha, Faculty of Science gave presentation on ‘Physics at CERN’.
On the second day a ‘Hands on Activity’ was held in the Science Block. A Quiz was conducted in the Assembly Hall, on topics related to the field of Science. The third event of the day centred around the exhibitions put up by the participating schools.
The third and the final day of the Fest a Panel Discussion on the topic “Under Representation of Women in STEM subjects (Science, Technology, Engineering and Mathematics) in Higher Education, was conducted. Prof. (Dr) M.P. Kaushik, Pro-Vice Chancellor, Amity University, Gwalior; Former Director, DRDE (DRDO) Gujarat, was the Chief Guest on the occasion of the Closing Ceremony.
The prize distribution ceremony was held and awards and accolades were given to the participants.