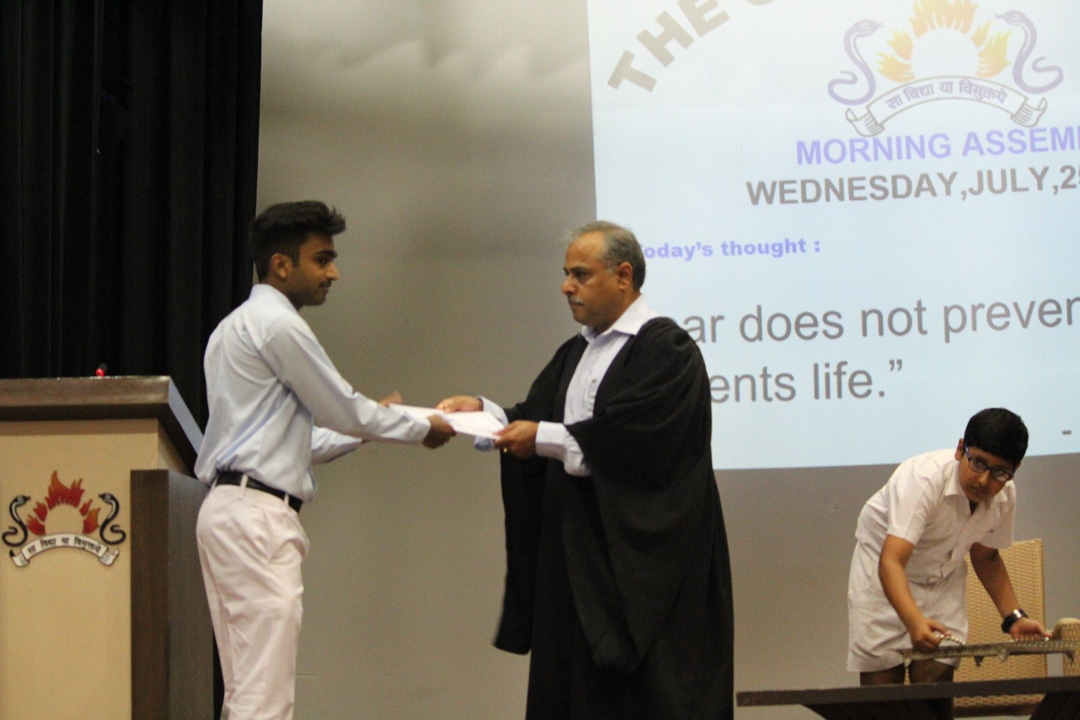 The final round of the Senior Group Inter-House English Debate was held on the 21st of July, 2018. The four teams which reached the finals were Jayaji, Jayappa, Mahadji & Ranoji Houses. The topics of the two debates of the final round were ‘This House believes freedom of an individual is a myth’ and ‘This House believes that a strong dictatorship is better than a weak democracy’.
The audience in the Assembly Hall witnessed a heated debate, presented by the budding orators of The Scindia School in the most eloquent manner. Shubham Agarwal & Ishan Gangwani were adjudged as the Best Speakers and the House positions were as follows:
I – Jayaji House
II – Jayappa House
III – Mahadji House