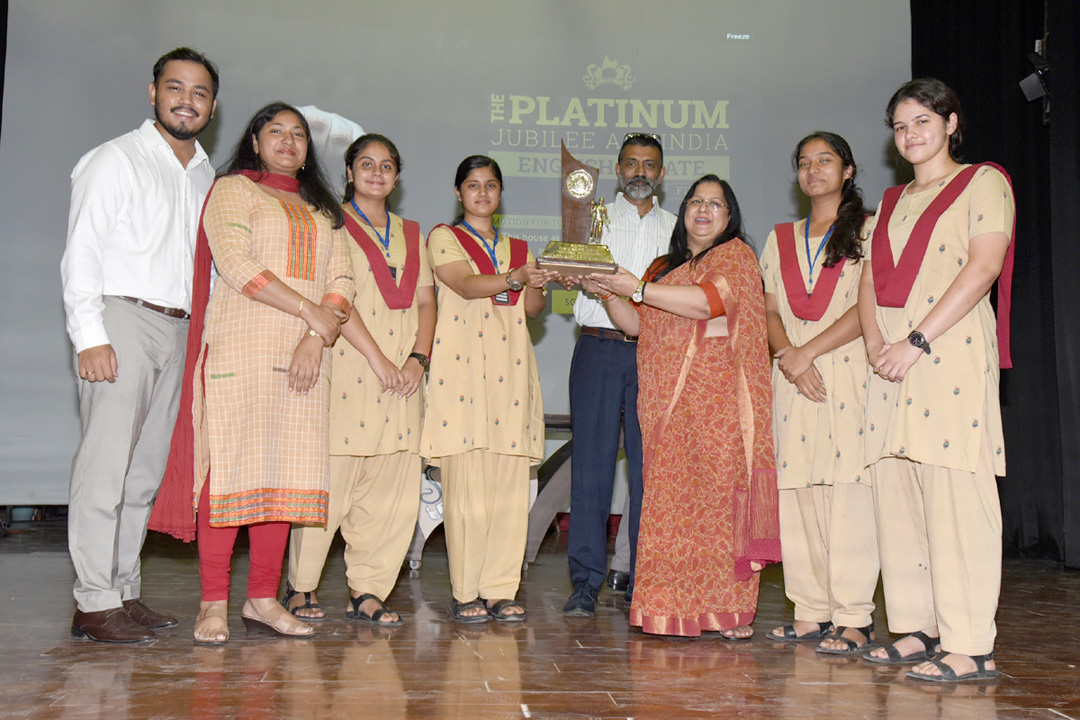 The 46th Platinum Jubilee All India Inter School English Debates were held from 3rd to 5th October, 2019 at the Scindia School, Fort, Gwalior. This year the event comprised of a total of ten exceptionally skilled debating teams from different schools across the country. The formats of the debates were Asian and British Parliamentary. Each school sent across 3 speaking participants and 1 adjudicator participant. It was empowering to witness school students debating with conviction and their peers adjudicating them. The adjudicators were also responsible for framing the motions with the Chairpersons before every round. The participants were allowed just 15 minutes of time for preparation after the motion of every round was declared.
In the Final Round held on 5th October, 2019; four best teams qualified with four best adjudicators. The teams were Dhirubhai Ambani International School, Mumbai; St. George’s College, Mussoorie; Mayo College, Ajmer; and Mayo College Girls School, Ajmer. The adjudicators for the final round were Arushi Agarwal from Daly College, Indore; Nitya Mehra from the Scindia School, Gwalior; Udhay Aman Chopra from Vasant Valley School, Delhi; and Kyra Khanna from Mayo College Girls School, Ajmer.
The Chairperson of the event was Mr. Aditya Bandyopadhyay, a famous lawyer and Human Rights Activist. The motion for the final round was “this house, as the rational citizens of India, regrets scrapping Section 377 of the Indian Penal Code”. After a rigorous session of parliamentary debating, Mayo College Girls School was announced as the Winner of the event; and St. George’s College, Mussoorie as the Runner-Up. Udit Singh from Mayo College, Ajmer bagged the Best Speaker award (Government); Tanushree Gupta from MCGS, Ajmer won the Best Speaker (Opposition) and the Best Speaker of the Series. Nitya Mehra from the Scindia School won the award for the Best Adjudicator; and Udhay Aman Chopra was announced as the Most Promising Adjudicator of the Series. Vice Principal, Ms. Smita Chaturvedi; SOBA President Mr. Rahul Kulshreshth; Mr. Atul Takle (Ex. Ranoji 1973) and the Chairperson awarded the position holders. Vice Principal, Ms. Smita Chaturvedi congratulated all the participants for the outstanding event and declared the PLAT English Debates as closed.