A Theatrical Performance With A Difference 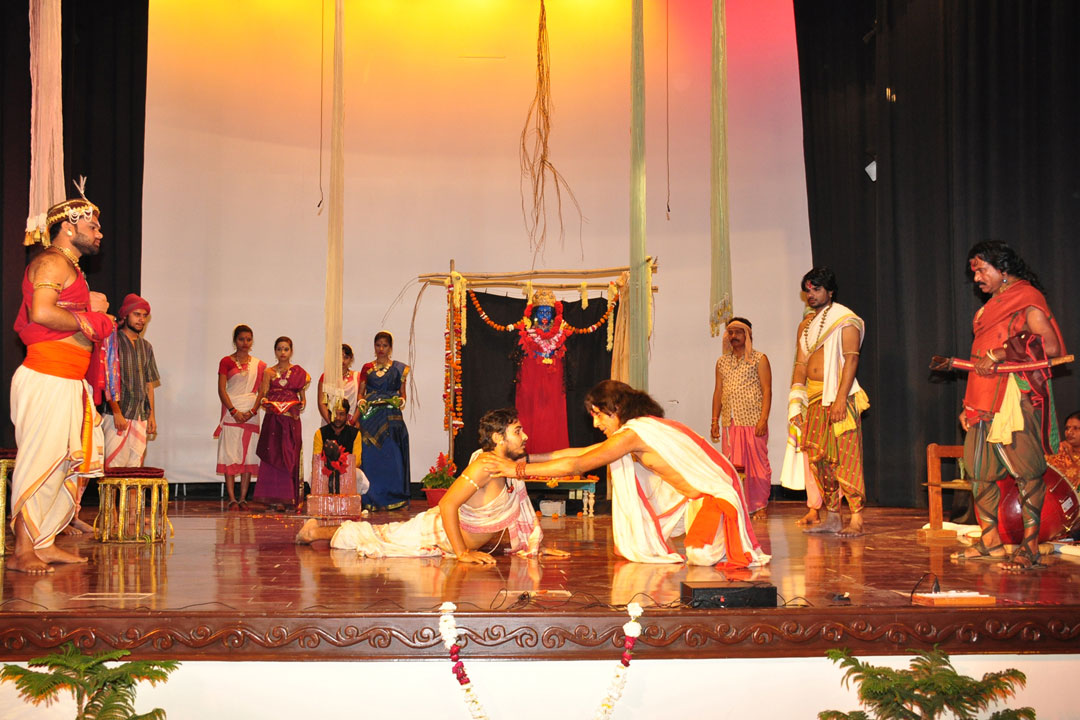 On 5th February 2017 SPIC MACAY and the theater group presented a fabulous show before the entire Scindian community. The play entitled Raj Rakta was performed by Naya Theatre team under the aegis of SPIC MACAY. SPIC MACAY stands for Society for the Promotion of Indian Classical Music and Culture amongst youth. It aims to bring our cultural heritage to students in schools and colleges in India and abroad.
Shubham Agarwal welcomed the troupe and Principal, Dr Madhav Deo Saraswat presented a bouquet to Ms Nageen Tanveer. The play Raj Rakta was based on Rabindranath Tagore’s play ‘Visarjan’ and novel ‘Rajarishi’. It was a historical play based in Tripura depicting a complex drama about the tussle between clergy and state, husband and wife and brother against brother. It was also a tragic story of conflict between innocence and spirituality against violence and ambition within them. The story revolved around the King of Tripura who prohibited animal sacrifice and the purohit who was against the King. The play successfully transported the audience into a time in history when religiosity was supreme. There was a superb usage of Chattisgarhi, Hindi and Bengali dialect.
At the end of a stupendous performance Principal, Dr Sarswat went on the stage and congratulated each and every artist. It was indeed a different kind of experience for the boys as they witnessed an amazing display of talent. The school was fortunate to get an opportunity to witness the play which was the last production directed by Padmabhushan Shri Habib Tanveer, the legendary theater personality. The boys thoroughly enjoyed, absorbed and internalized every fine nuance of their performance. Snehil Tripathi profusely thanked all those who contributed to make it happen. It is expected that this wonderful experience will become the starting point of a more refined appreciation for the art form.