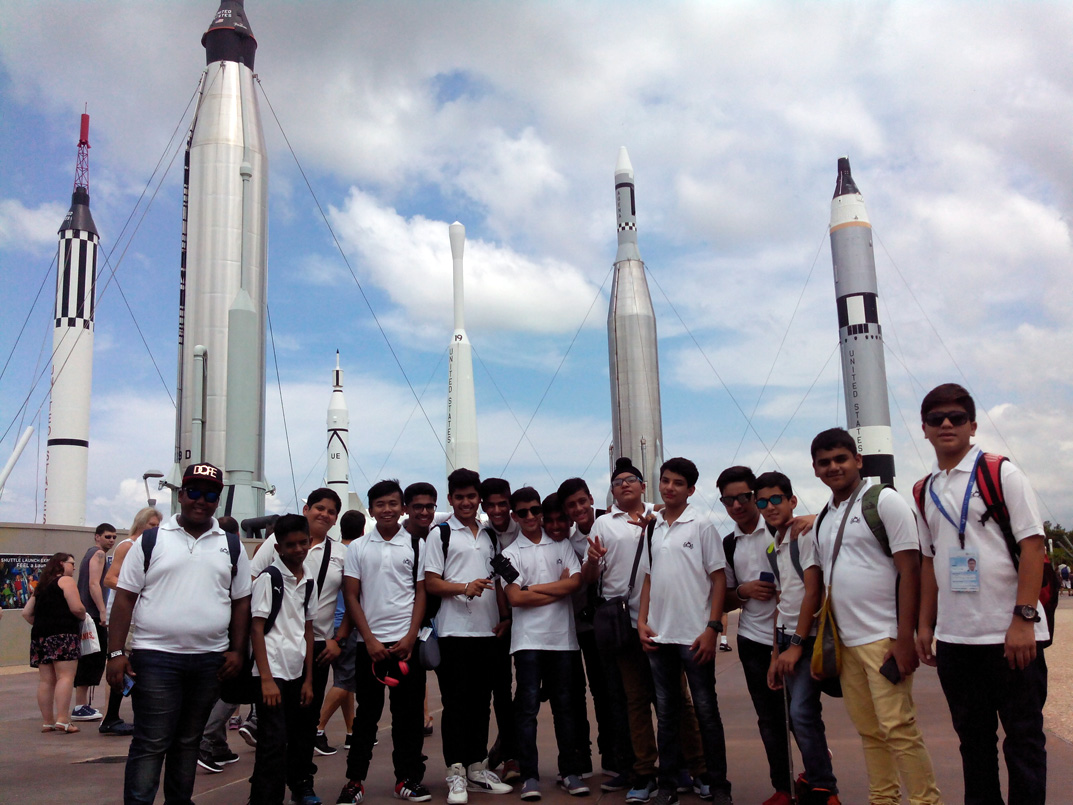 16 students accompanied by Mr Shailesh Kumar Agarwal toured US East Coast from 9th June to 19th June 2016. In New York they visited Statue of Liberty, Empire State building, Madam Tusuad Museum and observed the art work at display. They were a part of a workshop in Broadway. It was a lifetime experience to visit and know the history of NASA and examine the working process. In Orlando the highlight was a guided tour of Sea world and Universal Studio. The visit culminated in a Guided city tour of Boston and it gave them an insight of the history of Boston. It was accompanied by a visit to MIT University and Harvard University. They could understand the core values and admission procedure at such prestigious universities.
The implied advantage of this visit was an in depth understanding of the culture and self-discipline nature of the US citizen. The boys noticed basic facts such as strict adherence to traffic rules and cleanliness that was clearly visible everywhere. The boys also observed respect for each other and especially for elderly people. It was heartening to watch US citizens willing to accept differently abled in the main stream. It was indeed quite an educative tour and the boys learnt a lot from this trip.