About Us > Principles & Policies > ANTI-RAGGING MESSAGE 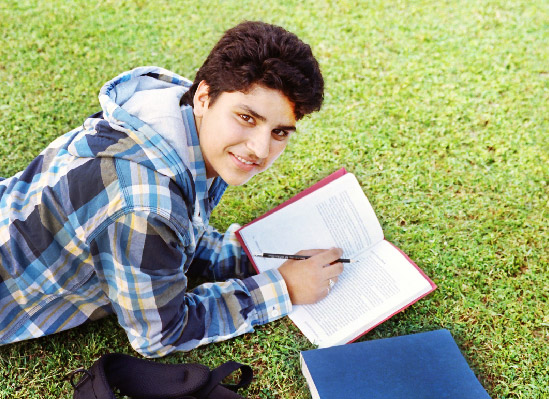 THE SCINDIA SCHOOL IS FIRMLY COMMITTED TO ITS POLICY OF ZERO TOLERANCE TOWARDS RAGGING, BULLYING AND VIOLENCE.Based on Guidelines laid down by the Supreme Court, The Scindia School has identified following behaviour patterns as acts of Bullying/Ragging in school.   The following actions will be considered as ragging: AN ACTION NOT MENTIONED ABOVE MAY ALSO BE CONSIDERED AS RAGGING AND DEALT WITH ACCORDINGLY, AT THE DISCRETION OF THE SCHOOL DISCIPLINARY COMMITTEE. ANTI-RAGGING POLICY NO ACT OF VIOLENCE, WHICH INCLUDES PHYSICAL OR SEXUAL ABUSE, BULLYING OR RAGGING WILL GO UNNOTICED OR UNPUNISHED. Sexual harassmentUnwarranted touching, sexually motivated words or actions are unwelcome as these can be embarrassing and humiliating. It is part of Sexual harassment, and students are advised to avoid to put a fellow student in such an inappropriate position. It will come under the purview of Bullying and hence punishable. Kindly note for any New Admission, admission will be withdrawn, if the School finds that he has a history of being involved in ragging or violence. Kindly note an action not mentioned above may be considered ragging if it hurts physically or mentally, the wellbeing of a student or group of students. The Disciplinary committee has the discretion to define it.   There are three important committees to prevent and attend the complaints of the acts of indiscipline in School. (i) Disciplinary Committee: The Scindia School has an alert and vigilant Disciplinary Committee for Student Affairs, which is responsible for taking disciplinary action against perpetrators of ragging and providing counselling and comfort to the victim. The Committee comprises the Principal, Vice Principal, Deans, House Master of the student, a teacher, a Prefect and a student from Class IX or X. (ii) Anti-Ragging Squad: This is a 5-member body which consists of representatives from Faculty, Administrative Staff, Security Staff and Matrons. The main objectives of the Anti-Ragging Squad are: (iii) Anti-Ragging Committee: This body consists of members who are: This committee is headed by the Principal. The Main Objectives of the Anti-Ragging Committee are: ANTI RAGGING COMMITTEE COMPOSITION (Academic Year 2021-2022) COMMITTEE AGAINST SEXUAL HARASSMENT