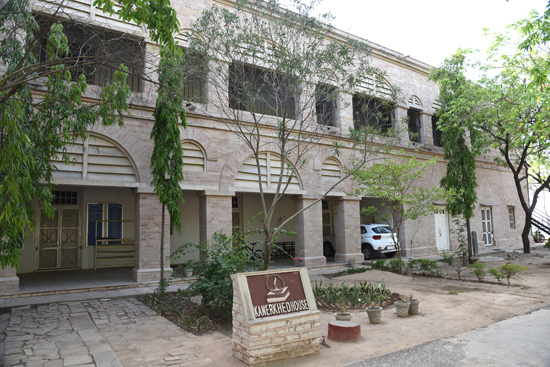 The roots of the Scindia family can be traced to the village of Kanerkhed, 16 miles East of Satara in Maharashtra. The early Scindians joined the Maratha army raised by Peshwa Balaji Vishwanath in the 16th century.

Ms Niharika Kulshrestha has 27 years of experience of teaching Physics. She has a Master's degree in Physics from Delhi University, but her biggest and a ‘dream come true achievement’ was securing the prestigious Fulbright Scholarship (2011-12). This offered her the chance to teach in an American school for a period of five months. In 2012 she participated in NWUPT at IIT, Kanpur. She was awarded scholarship by CERN for the three weeks’ High School Teacher programme with CERN, Geneva in 2017. She is also a certified Career Coach and has conducted workshops for teachers in collaboration with CERN and Fulbright.

As a teacher, her greatest motivation is the admiration she gets from the students and the belief that every child has something special that can be built upon with positive reinforcements. Her other interests and areas of engagement are exploring novel ways of teaching Physics, conducting quizzes and organizing workshops for teachers and students.