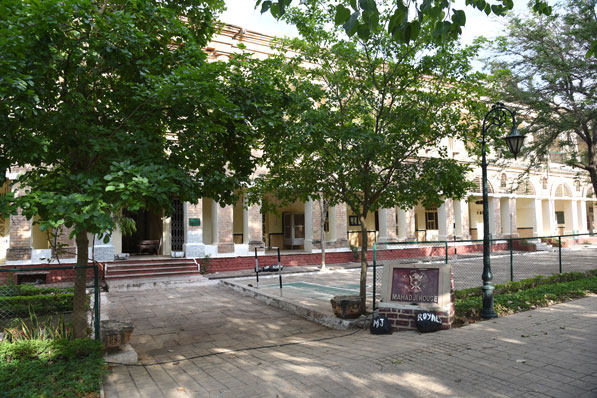 The Motto of the House is “Veer Bhogya vasundhara, vasundhara bhogya veer”

Who was Mahadji?Mahadji Shinde was the son of Ranoji Shinde by his Rajput wife. He took part in battles since he was only ten and between 1745 and 1761, Mahadji Shinde fought in around 50 wars. He was responsible for re-organising the Maratha power after the debacle of the Third Battle of Panipat, where he had a miraculous escape, to become the only living descendant of Ranoji. His extensive conquests and political influence in northern India made him so important that Warren Hastings and the East India Company were keen to have him on their side. In 1765 Mahadji Shinde seized Gwalior from the Jat Raja of Gohad. An important initiative that he took was to combine the forces of the Mughals, Marathas, Jats, Sikhs and the Rajputs against the British. In 1788, Mahadji Shinde conquered Delhi and restored the deposed Mughal Emperor Shah Alam II on the throne . In the next few years he created an empire that stretched from Rajasthan to the Bay of Bengal. Mahadji Shinde died in February 1794 in Vanauri, Pune. He left no heir, and was succeeded by Daulatrao Shinde, a grandson of his brother Tukoji Shinde and the son of his nephew Anandrao. About the House MasterMr. Mustaq Khan Choudhary has a long association with The Scindia School as the Art Teacher. A quintessential artist with an eye for aesthetics, Mr Mustaq Khan Choudhary has an important influence on the students. At a personal level, he displayed his works alongside some legendary artistes of the country such as MF Husain and Raza at exhibitions in Delhi.