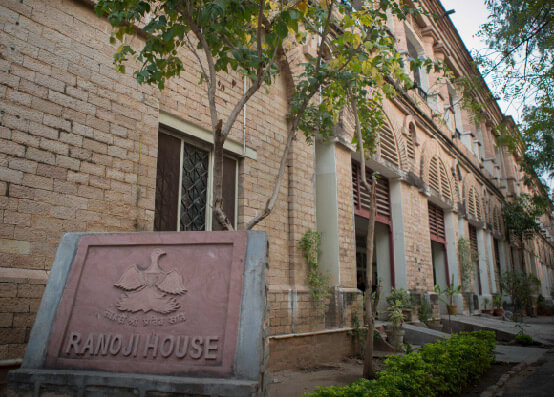 Ranoji Shinde came from an ancient Kshatriya family. In 1722, Ranoji was made the Commander of the Maratha Army that went to Malwa. The Scindia dynasty started after the Marathas conquered Malwa in 1731 with the Shindes granted 30% of the revenue of the newly acquired territory; and His Highness Maharaja Ranojirao Shinde established Ujjain as his Headquarters.

Mr Anil Pathania, from the faculty of Mathematics, is the Housemaster of Ranoji House. An excellent teacher, he is highly admired by the students. He has been with The Scindia School since 2013 and in this short a time he has already involved himself in a wide range of activities like trekking, playing basketball, volleyball and cricket. A keen sportsman and having been a National level basketball player himself, the boys look upto him for guidance to achieve sporting excellence. The parents and students of his House compliment him for having helped in the creation of loving environment of mentorship and positivity. His sense of discipline, devotion and dedication is recognised and valued by all.

The following Ranojians excelled in their respective sporting arenas and were awarded 9 full colour and 8 half colours: