The SCINDIA SCHOOL OLD BOYS' ASSOCATION (SOBA) was registered under the United States of Gwalior, Indore & Malwa ( Madhya Bharat) Societies Registration Act of 1950, on 25th November 1959. The Mantle of running the organization was carried by many illustrious Scindians over the years under the leadership of the Principal of The Scindia School. HH Madhavrao Scindia with his futuristic vision launched SOBA of the new millennium through our website on 21st Oct '2000. The next phase of evolution of SOBA was the restructuring of this organization. The Principal and the members firmly believed that the Old Boys Association was best run by the Old Boys themselves. The year 2003 thus, was a turning point in the history of Scindia School Old Boy's Association.
The draft constitution of SOBA proposed a Central Committee was to be formed with adequate representation from regional chapters, in addition to representatives from other quarters along with a member of the silver jubilee batch and other special nominees. The Principal of the School, according to this charter would be a Permanent Member of the Executive Committee. The organization has gone from strength to strength. The result was a proliferation of SOBAs with many chapters in India and abroad. SOBA has always been updated of the school, its affairs, its achievements and its celebrations. And it is this organization that makes the old boy family a closely knit group. 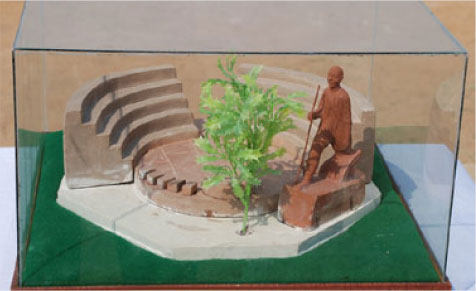 In the year 2007, the Central Committee of SOBA decided to create a framework to recognize the outstanding contribution of a Scindian to the cause of the Alumni Association. The committee instituted a rigorous process to shortlist and select an Old Boy for the SOBA award.The SOBA award, to be given annually, carries a citation and an image of the Astachal, the most enduring visual image of the school, and is given by the Guest of Honour at the Old Boys’ evening function. SELECTION PROCESS: Any member or a SOBA chapter can nominate a Scindian with impeccable credentials for contributing to the cause of SOBA. The last date for receiving nominations, along with the rationale for nominating a person, is August 31st of each year. The nominations can be sent by email to webmaster@scindia.edu or by post to the SOBA Office at 4, Tolstoy Marg, New Delhi – 110 001. The nominees are shortlisted by a committee of the Central SOBA Executive by September 15th and finalized at the Executive Committee meeting.
SOBA AWARDEES